As the global research network GEO BON moves its headquarters from Germany to Quebec, UdeM ecologist Timothée Poisot explains what it means for the university, its partners and science in general. 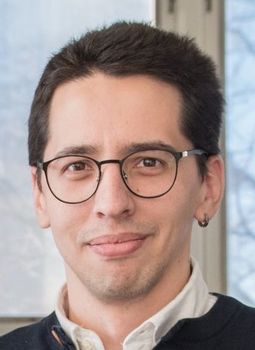 The international biodiversity organization GEO BON (Group on Earth Observations - Biodiversity Observation Network) brings together close to 1,000 researchers from more than 550 institutions and 90 countries. Today the network announced it is moving its headquarters from Leipzig, Germany to Quebec. GEO BON's operations will be fully transferred this fall to the Quebec Centre for Biodiversity Science, with half a dozen new staff working out of Université de Montreal’s MIL campus, McGill University and Université de Sherbrooke. UdeM is a key partner in the effort, notably through its biology department's Quantitative & Computational Ecology laboratory. We asked associate professor Timothée Poisot, the ecologist who heads the lab, what the move entails for him and other researchers here, and for the progress of protecting biodiversity globally.

GEO BON has a rigorous mission: to help provide the most accurate data so decision-makers can prevent the unsustainable loss of biodiversity around the globe. What will be your role in that?

Biodiversity data is challenging to collect, because it represents very costly work, and because planet Earth is a big, big place. To make sure we use these data as well as we can, and simulate the missing data, we need to deploy powerful quantitative tools. My laboratory's research looks at new ways of using artificial intelligence machine learning to automate the tracking of biodiversity trends in time and space. For example, we use convolutional neural networks to identify animals in pictures, and bird communities in audio recordings, at a scale that cannot be replicated by sampling. Even though biodiversity is in decline, there are still too many plants, and microbes, and birds, and more (for now!) for us to go and count all of them. We need to use different approaches, and machine learning is currently the most promising we have. By having GEO BON now closer at hand than before, will allow us to deliver these results to stakeholders in a more systematic way, as well as help establish best practices internationally.

Two other Quebec universities – McGill and Sherbrooke – are also partners in GEO BON, and you will continue to collaborate with them. How does your work complement that of your colleagues and in what areas?

Our value proposition for the GEO BON secretariat is that each partner university brings unique skills to our activities' scientific component. We have many years of experience advising the government (at the municipal, local, provincial, and federal levels) on questions about biodiversity. My involvement in the project will be building bridges between the biodiversity and data science worlds, and to guide the IT group at the secretariat to ensure that their efforts yield the maximum benefits for biodiversity monitoring.

It's been said the next decade will be crucial for 'bending the curve' on biodiversity loss around the world. How urgent is the need for policymakers to have the best tools to deal with the extinction of species and the degradation of ecosystems?

Biodiversity loss is an urgent concern because it is mostly accelerating; our world is changing, and probably much faster than we can document it. Biodiversity loss should not be a reason to panic – not too much, anyway – but a reason to act. GEO BON, by design, is a science/policy interface. By intentionally adding tools from machine learning to the toolkit of biodiversity sciences, we ensure that we can equip stakeholders with the best authentic guidance on the state, and possible futures, of biodiversity. This need is also exacerbated in the global south; for this reason, the GEO BON secretariat's leading partner is the Alexander von Humboldt Biological Resources Research Institute in Colombia. We are working with them to develop computational tools that can allow new countries to set up biodiversity observation networks and also offer international graduate internships for Colombian ecologists in my lab at Université de Montréal, so they can get foundational training in data science.

The variety of animal, plant and microbial life on this planet is vast but diminishing. Where do you see the needs for accurate data being greatest right now, and what successes in the past can help guide progress in the future?

This is the question that keeps me up at night! We care about biodiversity both for itself and its importance in human wellbeing. With this in mind, it's essential to build capacity and collect data in areas that will most strongly be affected by climate change. We need proteins to survive, and access to proteins requires sustainable fisheries systems, diverse agroecosystems, and a myriad of other factors that all involve biodiverse communities. Biodiversity also protects against diseases, stabilizes soil against erosion, can contribute to decontamination — and just the simple fact of seeing a colourful bird makes us happy! The reasons and motivations to protect biodiversity are as diverse as the natural world itself. There are thousands of success stories across different biomes and times and scales; by being an international effort, GEO BON can blend them and identify actionable best practices for a sustainable future.

Finally, how can the lessons learned through GEO BON improve the protection of biodiversity at the local level, here in Quebec?

In fact, it is because we have learned so much about biodiversity in Québec that GEO BON will now be hosted here. The Quebec Centre for Biodiversity Sciences has invested a lot in assisting the provincial government in its biodiversity and sustainability plans, and the Ministère des Fôrets, de la Faune et des Parcs has been an invaluable partner in helping us develop these ideas. In doing this work, we developed an appetite for scaling it up internationally, with a clear mandate: take the best possible fundamental research, elevate it with state-of-the-art data science tools, and establish a dialogue with stakeholders to ensure that our work is useful. Specifically, Quebec will benefit from the improvements we make in biodiversity monitoring and be better positioned to take evidence-based policy decisions. A less tangible benefit is that GEO BON will contribute to building the world's best training environment for young ecologists. In addition to our long tradition of natural history, we will provide opportunities to get engaged with machine learning and its increasing relevance to the policy world.