Scientists at the IRCM reveal the function of some 200 proteins previously unprobed by biologists, pointing the way to new therapeutic targets for cancers and neurological disorders.

A team from the Montreal Clinical Research Institute (IRCM) has written a new chapter in gene regulation by unearthing the function of about 200 proteins that have flown under the radar of biologists: ribonucleic acid binding proteins (RBPs).

The discovery could lead to new therapeutic targets for diseases in which RBPs are known to be affected, such as various cancers and neurological disorders, including the fragile X syndrome, spinal muscular atrophy, amyotrophic lateral sclerosis (ALS) and frontotemporal dementia.

In a study published today in Nature, IRCM research and Université de Montréal medical professor Eric Lécuyer, along with colleagues from four U.S research teams, reveals that these RBPs are essential for cells to work properly and have important functions in the regulation of gene expression within different compartments of the cell.

“We noticed that RBPs are almost always located in a specific cellular subcompartment, which suggests that they play an active role in RNA regulation”, Lécuyer said.  “Some could, for example, have the function of transporting RNAs to specific locations in the cell. Others may react quickly to external stress, changing the RNA distribution in the cell and modifying the gene expression profile.”

A 'FedEx system’ of cells 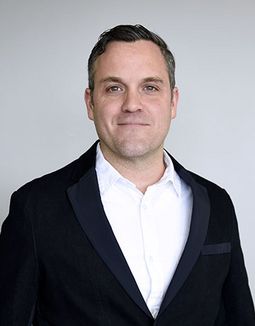 It’s as if the RBPs act as the “cell’s FedEx system,” he added.

“Each RNA is routed to a different place in the cell because of an element, like a type of bar code included within its sequence, which could possibly be recognized by one or more RBPs.” Therefore, any dysfunction in the RBPs actions could lead to wide range of diseases such as cancer, neurological and muscular disorders.

There could be between 1,500 to 2,000 different RBPs in humans. Until this new study, understanding the functions on a large scale has been a missing link.

“The study of RNA regulation by RBPs has been totally overshadowed by the study of DNA regulation,” said Lécuyer. Many of these proteins have been deeply preserved throughout evolution, from bacteria to humans, he added “This observation alone suggests that they are essential for cells to function properly.”

Lécuyer and his colleagues characterized 200 RBPs as part of the ENCODE Project, a U.S. government initiative that follows the Human Genome Sequencing Project. The aim is to characterize each of the human genome's functional elements, making this information available to the entire scientific community.

Each of the five groups participating in the project relied on a different approach to accumulate data on RBPs. The first laboratory determined the association between each RNA sequence and RBP in each cell. The second repeated the in vitro experiment, outside a cellular environment. The third systematically blocked the production of each RBP in cultured cells and measured the impact of their absence on RNA expression. And the fourth investigated the impact of the DNA association of certain RBPs.

For their part, Lécuyer and his team focused on the intracellular localization of RBPs. In painstaking work that took five years to complete, they targeted each of the 200 RBPs with an antibody of its own to reveal the location of each protein in the cell. The group used cell fractionation to confirm information from the fluorescent assay. Going forward, they plan to continue their investigation by characterizing the location of a new collections of RBPs.

“We have already done the work for another group of 250 proteins,” Lécuyer said, “and we now have antibodies that target a total of several hundred more.”

“A Large-Scale Binding and Functional Map of Human RNA Binding Proteins” was published July 29, 2020 in Nature. The study is the result of a collaborative effort by a team from the IRCM and three U.S. universities. Xiaofeng Wang, Neal Cody, Louis Philip Benoit Bouvrette, Julie Bergalet and Eric Lécuyer, all from the IRCM's RNA Biology Research Unit, were involved in the research. This study has more than 30 other authors from the University of California at San Diego, Massachusetts Institute of Technology and UConn Health's Institute for Systems Genomics.