Developed by researchers at UdeM and the CHU Sainte-Justine, the innovation allows testing of patients who cannot participate in clinical studies due to the severity of their condition.

Myalgic encephalomyelitis (ME), better known as chronic fatigue syndrome, is a complex chronic disease affecting some 600,000 Canadians and up to 2.5 million Americans. It’s also poorly understood: until now there has been no validated blood biomarker or test to diagnose the disease.

Researchers at CHU Sainte-Justine and Université de Montréal led by Dr. Alain Moreau has developed an innovative diagnostic test that makes it possible for the first time to test patients who cannot participate in clinical studies due to the severity of their condition.

Led by Dr. Alain Moreau, a professor in the faculties of dentistry and medicine at UdeM, the researchers detail their innovation in a study published today in Nature.com’s Scientific Reports.

The development of this test represents the first molecular diagnostic tool for ME and one that has been long awaited by many clinicians and patients, say Moreau and his team. It also opens up the possibility of classifying patients into subgroups to better understand the molecular mechanisms involved in their symptoms and to better select patients who could benefit from therapeutic approaches by repositioning existing drugs. 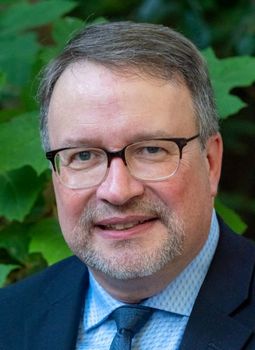 Mechanical stimulation applied to the arm by an inflatable arm cuff causes post-exertional malaise, the primary symptom of ME, and provides a precise molecular signature that makes it possible to differentiate patients from normal subjects or those suffering from related conditions such as fibromyalgia.

An increase or reduction of some of the eleven microRNAs measured in the test can help predict the patient’s therapeutic response to certain drugs, which improves the chances of finding the right therapy by personalizing the treatment.

Moreau’s team is now validating the test in other populations in order to determine whether the biomarkers used here are equally sensitive in detecting ME and equally relevant for launching new clinical trials. The test may allow for early detection of ME in people with persistent post-COVID-19 symptoms that are very similar to ME, making earlier intervention possible, the researchers add.

“Profile of circulating microRNAs in myalgic encephalomyelitis and their relation to symptom severity, and disease pathophysiology,” by Alain Moreau et al, was published Nov. 12, 2020 in Nature.com’s Scientific Reports. Support was given by numerous patient associations in Canada, including the Association Québécoise de l'Encéphalomyélite Myalgique (AQEM). Moreau’s work was supported by grants from the Sibylla-Hesse Foundation and the Open Medicine Foundation Canada.