An ongoing, UdeM-led study of youths on the West Island and in the Plateau Mont-Royal finds few have had the virus, but their mental health is an issue.

Fewer than half of young people in two populous areas of metropolitan Montreal have gone to be tested for COVID-19, and of those, almost all have tested negative, according to preliminary results from a study led by researchers at Université de Montréal.

Of the 1,000 children surveyed so far in the enCORE study, mostly on the West Island and in the Plateau Mont-Royal borough, 41 per cent have gone to get tested to see if they were infected with SARS-CoV-2, the virus that causes COVID-19.

Of those, 99 per cent tested negative. Children from 11 households also had family members test positive for SARS-CoV-2, yet only one child from these households tested positive, according to the study, led by UdeM researcher Kate Zinszer.

On the downside, however, many families reported mental-health issues related to the pandemic, as young children and teenagers have become less active and spend more time indoors and on their computers and other electronic devices.

So far, parents representing 1,000 children ages 2 to 17 daycares and schools in Beaconsfield and the Plateau have answered questionnaires. Additional participants are being recruited from schools and daycares in Montreal North and Mercier-Hochelaga Maisonneuve, areas that have been hit harder by COVID-19.

“Our study also includes serology tests, using dried blood spots, to see if children have antibodies to SARS-CoV-2, which would suggest they’ve had a previous infection, perhaps without symptoms,” said Zinszer, an assistant professor at UdeM’s School of Public Health and researcher at the Public Health Research Institute.

“We don’t have the results of those antibody tests yet, so some of these surveyed children may indeed have had COVID-19 without knowing it. Six per cent of the parents we surveyed think their child has had the coronavirus. As we recruit children and teenagers in schools and daycares in Mercier-Hochelaga Maisonneuve and Montreal North, I suspect we’ll see different results.” 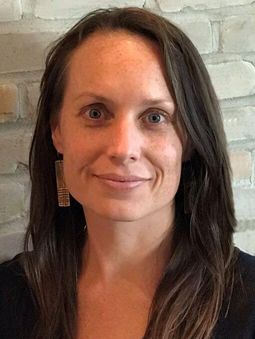 Participating is a win-win situation for all involved,  she added.

“Not only do parents find out if their child has previously had this virus and could therefore have some immunity, they are helping to contribute to appropriate public-health measures. If the study finds particularly high rates of antibodies to SARS-CoV-2 or high levels of mental-health issues among children and teens, officials will have research to back up new measures.”

Over half of parents surveyed – 57 per cent – are concerned about their child’s mental and emotional health. This may be partially because 54 per cent of them report their children are less physically active and 36 per cent are spending less time outside, Zinszer said.

“Parents certainly seem to be worried about not only their children but also their own ability to work and manage their finances,” said Zinszer.

Just over half (53 per cent) of parents are concerned that their child will get COVID, 56 per cent are worried about being able to continue working if someone in their household gets the virus, and 32 per cent are concerned about surviving financially.

Confidence in schools is low

The researchers are inviting all parents and legal guardians with children attending selected schools and daycares in those areas to have their children take part in the study – with an added push to get parents and teens in Montreal North and Mercier-Hochelaga Maisonneuve.

Participation requires signing a consent form, filling out an online questionnaire, and administering a finger-prick blood test to the child at home. Parents will be notified if their child has antibodies to SARS-CoV-2, although that still does not guarantee immunity against the virus that causes COVID-19.

To participate in the study or to see if your child’s school or daycare is participating, please visit the EnCORE website: encorestudy.ca.

About the COVID-19 Immunity Task Force

The Government of Canada launched the COVID-19 Immunity Task Force (CITF) in late April 2020 to track the spread of the virus in both the general population and priority populations in Canada. The Task Force also aims to shed light on immune responses to SARS-CoV-2 in a wide range of communities, age brackets, populations and occupational groups across the nation. To generate this information, the Task Force is drawing on experts from universities and hospitals across Canada, working closely with provincial and territorial public-health officials, and engaging communities and stakeholders from inception through to dissemination of findings.