In a new research series, UdeM social psychology professor Roxane de Sablonnière examines the myriad ways the global health crisis is affecting how we act as citizens and as individuals. 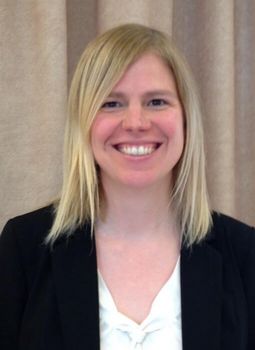 The COVID-19 pandemic is not just a global health crisis, it's also a social and political one: the fight against the virus affects how people conduct their daily lives, respond to government policy and plan for their future as citizens. At Université de Montréal, social psychology professor Roxane de la Sablonnière has initiated a series of research reports that look at the psychological impacts of COVID-19 from a wide variety of such angles. The first report of the series was published recently. We asked de la Sablonnière, founding director of her department's Laboratory on Social Change and Identity, to explain the series and what's ahead.

Your first report looks at official government messaging on COVID-19 and how people react to it. What did you find in your survey and why is it important?

Two results are particularly striking. First, the more that respondents perceived provincial government measures to be clear and coherent, the more they perceived the presence of strong normative support for those measures. That is, perceiving a clear and coherent message also led people to perceive that those around them were adhering to the measures. Second, it was this perception of strong normative support that impacted actual adherence to the government measures.

This series of reports is being written for policy makers and the general public. Why did you want to target this wide audience?

We believe that as researchers, our mission is not only to communicate our findings within the scientific community, we must also share our findings with a larger audience. This is especially important in the case of the COVID-19 pandemic, because by reaching a wide audience our results can directly impact the spread of the virus and allow for a better understanding of the psychological well-being of the population during these difficult times.

It is also important to note that the scientific publication process is one that is rigorous, and as such is complex and lengthy. With this series of reports, we have established a communications plan to rapidly diffuse basic findings that we deem important to promote our understanding of the current situation and inform policymakers so they can better respond to the crisis as it unfolds.

Sharing our findings is also our way of giving back to the community that has made this research possible. We provide research-based and data-driven recommendations for policymakers. We also contribute to the communication of accurate information to combat misinformation and fake news.

What will the other reports be about, and how will the eventual arrival of a vaccine change your approach?

We will publish five more reports over the next few months. The second report, to be released shortly, shows how Canadians’ compliance with governmental measures changes over time, taking into account differences between men and women and between age groups. The third report looks at how the feeling of governmental measures limiting one’s freedom can explain why some people do not follow the measures. The fourth report examines the mutual helping between asylum seekers and Canadians. The fifth report discusses the impact of the COVID-19 crisis on people’s emotions. Lastly, the sixth report studies how being around strangers as compared to friends affects people’s compliance with governmental measures.

The imminent arrival of an effective vaccine is tremendous news. We will adapt our ongoing research project to examine people’s reactions to the vaccine, such as their willingness to vaccinate and their general beliefs about vaccines. In this age of disinformation, the answers to such questions are extremely relevant. As well, representative data-driven findings will help policymakers establish a communications plan to foster better distribution of the vaccine to the population. At the same time, the arrival of a vaccine will have little effect on how we go about our research, since our overarching goal is to inform the public and policymakers regarding best-response practices to crises in the future.

Roxane de la Sablonnière and her colleagues – Anna Dorfman and Mathieu Pelletier-Dumas of Université de Montréal; Jean-Marc Lina of the École de technologie supérieure; and Dietlind Stolle and Donald M. Taylor of McGill University – received a grant from the Canadian Institutes of Health Research to study the social consequences of the COVID-19 pandemic. For the project, a representative sample of over 3,600 Canadians was recruited to participate in a longitudinal survey. The first wave of the survey began in April 2020 and researchers are currently collecting wave 10 of the data. The reports can be read at https://csdc-cecd.wixsite.com/covid19csi/resultats?lang=en