In Montreal, one in four black English-speaking children were in a youth-protection centre in 2011, a study by UdeM graduate Alicia Boatswain-Kyte reveals.

Montreal’s English-speaking black children made up only 9 per cent of Quebec’s population in 2011, yet nearly three times as many – 24 per cent – were clients of a provincial youth-protection centre. And between 2002 and 2011, local black children were on average five times more likely than white children – regardless of language – to be in the centre’s care.

These are some of the findings of a longitudinal study that Alicia Boatswain-Kyte – who worked at the Direction de la protection de la jeunesse (DPJ) centre a decade ago – conducted during her doctoral studies at Université de Montréal, under the direction of professors Tonino Esposito of UdeM and Nico Trocmé of McGill University.

Using the Canadian censuses of 2001, 2006 and 2011, as well as the DPJ centre’s own records, Boatswain-Kyte sought to measure the representation of blacks in DPJ care.

Why did she focus on black anglo youths? 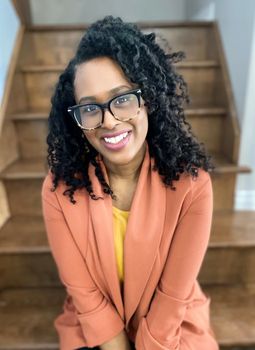 “Because they are a double minority in Montreal – black and English-speaking – and because previous studies on black youth included both French and English speakers: we didn't have data specific to the latter group,” said Boatswain-Kyte, now a professor at McGill University's School of Social Work.

Thus, in a cohort of more than 15,000 children whose data were analyzed over a period of 10 years, the proportion of young black anglophones who were reported to and investigated by the DPJ rose from 20 per cent in 2001 and 2006 to 24 per cent in 2011.

As a result, in 2011, for every 1,000 black English-speaking children, 19.6 had their situation assessed by the youth centre, compared to 5.9 for other visible minority children and 3.5 for white children.

These figures indicate that the proportion of black English-speaking children referred to the youth centre was 5.6 times higher than for white children. Black youth were also five times more likely to be in the care of the DPJ and to be placed in court-ordered foster care.

In a subgroup of children who received services from the DPJ and whose cases were closed, English-speaking black children were five times more likely than whites to experience maltreatment in their families within one year of their case being closed.

In addition, data collected by Boatswain-Kyte show that the reports received by the DPJ were made more by professionals – teachers, doctors, social workers and others – than by nonprofessionals such as family members or neighbors.

This was true for children of all backgrounds, but black English-speaking children were six times more likely than white children to be reported by a professional.

In order to determine whether these referrals might be the result of unconscious bias, Boatswain-Kyte looked into what happened to the children after they were in the youth centre.

Analysis of the rates of disparity in decision-making by practitioners revealed no differences in the treatment of reported cases across all ethno-cultural groups.

“The data indicate that the reporting of black English-speaking children was driven by valid concerns of maltreatment and that these children did need services,” said Boatswain-Kyte. “However, disparity rates have continued over the years, showing that, in most cases, current DPJ interventions are not sufficient or effective enough to address the overrepresentation of black English-speaking children.” 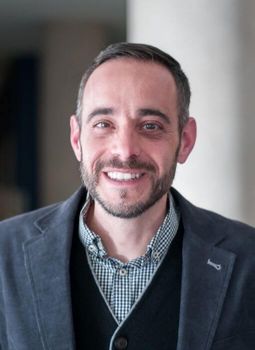 Added her thesis supervisor Esposito: “While the purpose of Boatswain-Kyte's study was not to determine whether there is a correlation between economic hardship and overrepresentation, it does raise concerns about the inequitable social and economic conditions under which black families are expected to parent.”

It’s important, Esposito said, to better understand the social system in which black children and their families operate, in order to “ensure that child-welfare systems are best suited to meet their needs.” If black anglophone children are over-represented in the Montreal DPJ, it’s because they have greater needs, he said.

Boatswain-Kyte agreed: the historical, social and political contexts in which black families and children operate have to be addressed, and the question asked: are youth-protection centres best positioned to address their needs?

Socio-demographic data show that single parenthood, low income and unemployment are more common among black anglophone families, despite a high proportion of people with a high school diploma or professional degree. And that puts children at greater risk of abuse.

“The recurrence of DPJ use among this population indicates that child-welfare systems act as revolving doors for these youth because of their inability to respond to the oppression and discrimination these families face,” said Boatswain-Kyte.

In an open letter published Dec. 2 in the Montreal daily La Presse, she wrote that “the state alone cannot ensure the safety and well-being of children ... Has standardization and centralization ever been a good thing for marginalized populations?”

That's why Boatswain-Kyte believes a sea change must occur that’s focused on developing and implementing community-based strategies that will be more supportive of the families involved.

“Blacks are overrepresented in child-welfare cases, but they are underrepresented in prevention measures as well as in CLSCs (Quebec community clinics), where services are more formal and less tailored to black families,” she said.

“More power and resources need to be given to communities and community groups to work cooperatively with the DPJ to improve and adapt services.”