Unable to organize or go to funerals, a significant number of Quebecers who lost a loved one during the pandemic have postponed the mourning process, says UdeM religion professor Jean-Marc Barreau.

Since the start of the COVID-19 pandemic a year ago, more than 10,500 people have lost their lives to the disease in Quebec, and tens of thousands more to the usual causes of death in the province.

And the families of the deceased, unable to be at their bedside or attend their funeral, have had to endure a special burden of their own and "put their mourning on hold, without even the chance to start it."

So laments Jean-Marc Barreau, a professor at the Institute of Religious Studies of Université de Montréal and expert in palliative care. “Mourning calls for time-sensitive rituals,” he noted, “and when these do not come quickly, mourning is absent, or at least deferred.”

What’s more, many bereaved families have had to "suspend their mourning without having been able to really begin it,” he said.

Using a term coined over a decade ago by UdeM sociologist Céline Lafontaine, Barreau said that in today’s “post-mortal” society – one in which death is too often not dealt with openly – the phenomenon of deferred mourning is even more pronounced.

“Grieving families often go into denial: they feel overwhelmed or even indifferent, despite  everything,” the professor said. “But with the right professional and interdisciplinary help, this can be anticipated and avoided, so that these families don’t wind up suffering so much.”

If neglected, grief can come on quite suddenly, sparked by an unbidden memory or an old photo, Barreau said, and to deal with it “it’s necessary that our society has put in place the resources people need to deal with this terrible reality.” 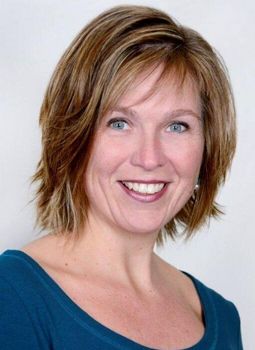 Bereavement expert Nathalie Viens agrees: Quebec’s strict confinement rules have greatly reduced the possibility “to prepare for the death (of loved ones), to be able to thank them, say goodbye and bring some peace to the relationship" – all steps that help survivors grieve.

“Funeral rituals have been extremely limited since the beginning of the pandemic,” said Viens, coordinator of bereavement training at UdeM’s Jean-Monbourquette Chair in Social Support for the Bereaved.

“Normally, these rituals are a way to mark a person’s death, to deal with the fact that the person has died, and also to have the support of the community, to honour the memory of the deceased. Not being able to get together is hard on the bereaved.”

Moreover, tension between loved ones can build as families are forced to choose who will be present at the funeral and who will have to stay home in order to adhere to public-health rules limiting gatherings.

“In a transversal way, people also suffer from anticipatory mourning,” he added. “Their loved ones died so quickly – and outside their presence  – that they themselves feel they’re dying with them, in a way. There is a societal issue here in terms of accompanying our dying.” 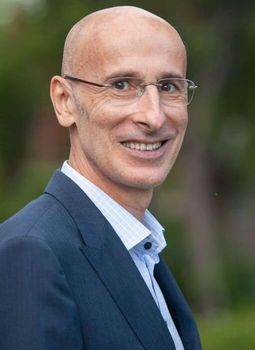 Barreau believes that after the COVID-19 crisis is over, it will be essential to rethink rituals “to give our society back the meaning of life (through) rituals that can rekindle the search for meaning and thus anticipate the complexity of mourning.”

In an ongoing research project with the Corporation des thanatologues du Québec, Barreau has found that because of restrictive public-health measures, 70 per cent of the families he has interviewed say they wish to postpone the funeral of their loved one.

This, despite the fact that, deprived in the short term of a proper funeral, these families are suffering.

One solution he proposes: ‘bimodal’ rituals. While a restricted number of people are allowed to  physically attend a funeral, others take part in it from a distance. This way, sympathies can be expressed and solidarity encouraged at a crucial stage in mourning.

Some funeral homes have said they are ready to try the experience, others less so. The families Barreau has interviewed are also split on the idea.

“Holding ‘bimodal’ funerals is very common in Asia,” Barreau noted. “They make it possible for people to come together as one, whether in person or digitally. It’s an innovative mode that allows for rituals that are performative in terms of resolving grief.”

He added that, "in view of the guilt, anxiety and sense of injustice experienced by bereaved families, it’s a process that causes the least pain.”

Another positive result, according Barreau: preserving a memory of the event.

Since the ceremony can be recorded and made available to the loved ones of the deceased, they can then "retemporize, recreate the memory of what happened in order to continue the resolution of their mourning.”

Above all, Barreau hopes a societal debate will take place "without delay around our relationship to death in times of pandemic. It has arrived so abruptly and it so erodes people’s horizon of uncertainty that some bereaved families are now simply in survival mode.”

How to support those in grief

What to do when a friend, family member or colleague is grieving?

“You have to step up, offer your condolences and show support, whether that means initiating a conversation about grief or offering to do a bit of cooking for them," advises UdeM bereavement expert Nathalie Viens.

“Above all, don’t ignore things out of fear of disturbing them,” she adds. “Bereaved people often fall victim to loneliness because those around them don't know how to act or what to say.”

Viens recommends lending a sympathetic ear “rather than trying to give advice or, worse, minimizing the person’s grief.”

Each bereavement is unique and a death notice can provoke “a normal state of stupefaction that protects a person from too great a shock,” she said. “This will dissipate as they take ownership of the event by acknowledging what happened, and by telling others.”

To help, the training team that Viens leads at UdeM’s Formations Monbourquette pour le deuil has published a free French-language Guide for Bereaved People in Times of Pandemic “that  offers tools and strategies to support resilience and avoid the complications of bereavement.”