Preliminary results of UdeM researcher Kate Zinszer’s EnCORE study suggest nearly 6 per cent of kids in four parts of the city, tested between last October to this April, had antibodies to SARS-CoV-2. 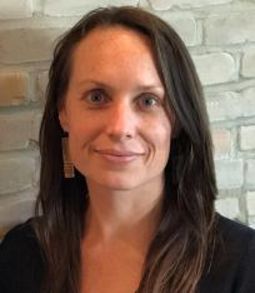 Results from an ongoing study led by an Université de Montréal public-health expert shed important light on the extent to which a small minority of 2- to 17-year-olds in the city had COVID-19 between October 2020 and April 2021.

On average, 5.8 per cent of participating children were found to have antibodies to SARS-CoV-2, the virus that causes COVID-19. However, the seroprevalence (proportion of children with antibodies in their blood) increased sharply over time.

They include the West Island, Plateau Mont-Royal, Montreal North and Mercier-Hochelaga Maisonneuve (HoMa).

“The results also suggest that seroprevalence is higher in neighbourhoods with lower socio-economic indexes and a higher percentage of racialized residents,” she added.

“That said, our results could also simply reflect the later timing of recruitment this winter and spring in the Hochelaga-Maisonneuve and Montreal-North areas, corresponding to increased transmission via variants during our third wave.”

Seroprevalence estimates by neighbourhood suggest that 4.8 per cent of children and teens on the West Island had antibodies to SARS-CoV-2, 5.4 per cent in the Plateau, 6.2 per cent in HoMa, and 7.3 per cent in Montreal-North.

The blood samples were taken from 354 children in daycare, 725 children in elementary schools, and 553 students in high schools.

‘Would have gone undetected’

“Interestingly, of the 95 children who tested positive for antibodies with our serology test, 82 per cent had previously tested negative for SARS-CoV-2 or had never been tested for the virus,” said Zinszer.

“This means most of the participating children's infections would have gone undetected without this study.”

The survey portion of the study also gives insight into vaccine confidence and the mental-health repercussions of the pandemic on Montreal children, teens, and their parents.

When it comes to behaviour and emotional health, surveys filled out by parents suggest 33 per cent of children have had difficulties with emotions, concentration, behaviour, or relationships with other people. In addition, 55 per cent of children have been less physically active, 54 per cent have been spending more time on screens for non-educational purposes, 81 per cent have been spending less in-person time with friends, and 54 per cent are less socially connected. Fourteen per cent parents reported their child was more socially connected during the pandemic than she or he had been before COVID hit.

“This means that efforts to protect these communities through public health surveillance, safer workplaces, and tailored vaccine distribution need to be scaled up urgently. As well, vaccinating adolescents is the right thing to do, now that we have vaccines approved by Health Canada for age 12 and up,” he said.

“Although seroprevalence may have reached 8.9 per cent in some neighbourhoods recently, herd immunity is far off. We need to include younger children in vaccination strategies, offering them safe and effective protection from this very serious illness.”

The EnCORE research study is now starting its second phase, and parents and legal guardians with children attending selected schools and daycares are being encouraged to have their children take part. Participation requires a consent form, an online questionnaire, and a home finger prick test.

How to get involved

To participate in the EnCORE study or see if your child’s school or daycare is participating, please visit encorestudy.ca.

Français
Previous Dr. Trang Hoang, recipient of the Jeanne Manery Fisher Memorial Lecture Award May 17, 2021
Next Anasens: a UdeM start-up with a bright future! May 19, 2021
Share