Concussions can have harmful consequences for toddlers. An UdeM research team has developed a tool to detect them in children who do not yet speak or have a limited vocabulary.

A research team led by scientists at Université de Montréal has developed a unique observational tool for assessing children up to 5 years of age who have had a concussion. The work is explained in a study published in the Journal of Head Trauma Rehabilitation.

Pediatric traumatic brain injury (TBI) is particularly prevalent in toddlers; they’re more likely to be injured  because they have a lower sense of danger and are still developing physically. But parents and clinicians have trouble detecting symptoms of trauma, given the toddler’s limited verbal skills.

"A young child will not tell you that they have a headache or feel dizzy," said Dominique Dupont, an UdeM postdoctoral student in neuropsychology and first author of the study.

“But assessing post-concussion symptoms is the cornerstone for patient management and follow-up,” she added. “Without documentation, it's difficult to know whether they’re doing well or not."

To address the lack of assessment tools for this age group, UdeM neuropsychology professor Miriam Beauchamp, who conducts research at the UdeM-affiliated CHU Sainte-Justine children’s hospital, designed a new observational tool that allows parents and clinicians to assess the child's health status. 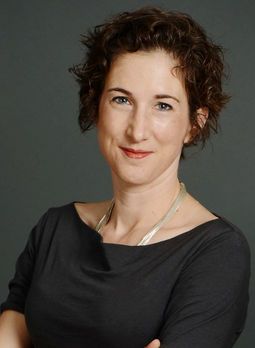 Traditionally, it was suggested that TBI in early childhood did not have significant adverse effects, because the high plasticity of the brain at this time of life allowed for rapid recovery.

"This is true to some extent, but the reverse is also true," said Beauchamp, the study’s principal author and director of the ABCs Developmental Neuropsychology Laboratory. "In young children, many things are not yet permanently consolidated. So when a shock disrupts brain function, the response can be as damaging as in older children."

She added: "We felt it was paramount to develop a tool to document the physical, cognitive, and behavioural status of these children and allow for appropriate clinical management.”

The tool is also designed to document the progression of symptoms and their severity over time.

The challenge for 0- to 5-year-olds is that they do not have the communication skills to verbalize their condition. In addition, post-concussion symptoms can easily be confused with behaviours typical of this developmental period.

"No one is surprised when a 1-year-old becomes irritable or throws up their snack," said Dupont.

In designing their new tool, the researchers listed all the known symptoms observed in older patients: headaches, memory loss, difficulty concentrating, hypersensitivity to light and noise, irritability, balance or coordination problems, dizziness, and sleep problems are among them.

They then catalogued, with the support of parents of children in the LION cohort and the emergency care staff at CHU Sainte-Justine, post-concussion manifestations observed in very young children. The research team then broke down these symptoms into observations that reflect their child's actual condition.

“Unlike the questionnaires we use with older children, here we include examples to explain how symptoms can manifest in a young child,” said Beauchamp. “We also added observations that are potentially unique to this age group and therefore not found in existing questionnaires.

“For example, we asked questions about so-called comfort-seeking: ‘Is my baby in my arms more often?’ and ‘Does my child keep asking for their pacifier or stuffed animal?’ We also use ‘regression’ observations: ‘Was my child potty trained, but is no longer?’ and ‘Did my child sleep through the night, but now wakes up at all hours?’"

She added: “This study is very promising, as it allows us to design patterns to validate our tool.

“We are continuing our research to compare post-concussion symptoms with the behaviour of children who have not been injured in a large multi-centre study in Canada. Ultimately, we'll be able to transfer the tool to clinical use throughout Quebec, and even internationally.”

Finally, the study “also highlights the importance for parents to be vigilant in tracking behavioural changes in their child,” she said.

"Report of early childhood traumatic injury observations & symptoms: preliminary validation of an observational measure of postconcussive symptoms,” by Dominique Dupont et al, was published April 30, 2021 in the Journal of Head Trauma Rehabilitation. The study was funded by the Canadian Institutes of Health Research.

Français
Previous Colchicine study published in The Lancet Respiratory Medicine May 27, 2021
Next A rare solar eclipse on the morning of June 10 June 1, 2021
Share