A new study highlights the harmful effects of climate change on the psychological health and well-being of children and teens.

“The threats associated with climate change can additively, interactively and cumulatively increase the risk of psychopathologies in the young, starting at conception and continuing right through to adulthood.”

This is the conclusion of a study by Francis Vergunst, postdoctoral researcher in public health at Université de Montréal, and Helen Louise Berry, professor at the University of Sydney, Australia. Their findings were recently published in Clinical Psychological Science.

Adopting a developmental perspective, the study shows how climate change is already impacting the psychological development of children the world over. “The risks begin before birth and cascade across development; they are already being observed and are projected to increase in coming decades,” said Vergunst, a specialist in child development.

Compromised development, from pregnancy to adolescence 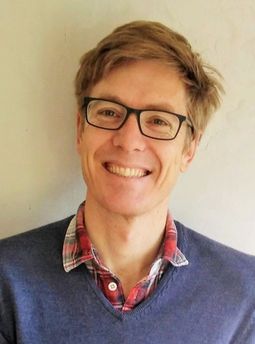 According to the researchers, even before a child is born, acute stressors related to extreme climate events like hurricanes, wildfires and flooding can traumatize the mother physically and emotionally. “Such experiences can harm the developing fetus and increase the risk of cognitive and other delays,” explained Vergunst.

Subacute stressors, such as heat waves, are also associated with an increased risk of obstetric complications and preterm birth, “both of which are established risk factors for a number of major psychiatric disorders,” he added.

And the risks continue long after birth. During early childhood (0–5 years), children are especially vulnerable to infectious diseases, environmental toxins, heat exposure and dehydration. Besides having physical effects, these problems can cause delays in cognitive and language development.

Middle childhood (6–12 years) remains a period of high vulnerability to environmental stressors. Children also start to understand climate change and its impact on their future, and this “new awareness can generate stress, despair and anxiety, not to mention anger toward previous generations,” said Vergunst.

Vergunst notes that adolescence is characterized by major physiological, hormonal and psychological changes, and that half of all psychiatric disorders set in before the age of 18.

“Climate change adds to the pressure experienced during this stage of life by increasing the frequency, intensity and duration of stressors related to extreme climate events,” he explained. “Exposure to such events is associated with an increased risk of post-traumatic stress disorder, anxiety and depression, all of which erode mental-health resilience in the long term.”

Vergunst and his colleague give us a clear theoretical and empirical demonstration of how the climate crisis is harming the mental health of younger generations from conception through to adulthood.

But they go one step further, making an urgent plea to take swift and effective action to reduce this burden, which they see as a fundamental issue of “international and intergenerational justice.”

They call for educating young people and involving them in discussions around climate change and in finding ways to mitigate its effects, in order to build a solid foundation for a new generation of engaged citizens and effective leaders.

“Let’s make young people feel like they’re part of the solution, not helpless victims of a future that looks like a train wreck in slow motion,” urges Vergunst.

Français
Previous Members of the UdeM community at COP26 November 2, 2021
Next COVID-19: The older you are, the more antibodies you have November 8, 2021
Share