Metabolic disorders associated with excessive weight gain can lead to changes in parts of the brain that are responsible for motivation and mood, UdeM researcher Stéphanie Fulton finds.

Obese people run a higher-than-average risk of depression or anxiety, the result of a combination of factors: poor diet, lack of physical activity and an accumulation of fat cells in their body called visceral adipocytes. However, obesity alone can’t cause anxious or depressive behaviours – far from it.

In a new review published in Trends in Endocrinology & Metabolism, Université de Montréal nutrition professor Stephanie Fulton explains that metabolic disorders, particularly inflammation and resistance to insulin or leptin (a hormone that regulates appetite), are considered key elements in the development of anxiodepressive disorders in the obese.

Excess intake of sugar and saturated fats such as palm oil increases the likelihood of such metabolic changes,” notes Fulton, a researcher at the CHUM Research Centre (CRCHUM) affiliated with UdeM. The excess intake also causes enough inflammation in the brain to modify the neural circuits responsible for controlling mood, motivation and emotions.

Recent scientific literature, which Fulton refers to in her review, shows that anxiodepressive disorders in obese men and obese women are more strongly associated with these types of metabolic deficiencies than with body weight itself. 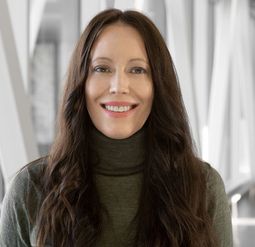 Depression and anxiety disorders are much more prevalent in women than in men, though the reasons have been less than clear, as the use of female animal models in psychiatric research has been limited.

In another new study, however, published in Brain, Behavior, and Immunity, Fulton and her doctoral student Léa Décarie-Spain observe that depressive and anxious behaviours in female mice occur only if they’re fed a diet high in sugar and saturated fat.

Diets that are high in sugar and monounsaturated fat such as olive oil do not cause these types of behaviours, they found. But in female mice these two diets led to obesity and metabolic disorders.

In 2018, the same scientific team identified the cause of this phenomenon in male mice: inflammation of the nucleus accumbens, a component of the limbic system of the brain involved in the reward pathway and in mood regulation.

“In females, this metabolic inflammation was weaker and was not solely responsible for the observed anxiodepressive behaviours,” said Fulton. “However, we found that their blood estrogen levels and the amount of a marker enzyme called aromatas, in the nucleus accumbens, increased with the high saturated fat diet. This increase was also related to the observation of anxiodepressive behaviors."

The gender gap in health

At the CRCHUM, Stephanie Fulton’s team investigates the neurobiology of nutrition, obesity and mood disorders.

In a second study published in Brain, Behavior, and Immunity, Fulton and Marie F. Fernandes, a doctoral student trained in Fulton’s lab, studied the impact of leptin, a hormone controlling the feeling of satiety, on motivation, physical activity and anxiety in female mice.

Leptin serves as a signal to control hunger and body weight. It also influences brain systems that control emotions and cognition.

In 2015, Fulton had already used male mice to show that leptin targeted dopamine neurons, a neurotransmitter involved in motivation, and, by extension, modulated the mice’s “desire” to do physical activity.

“Once again, we saw significant differences between males and females,” said Fulton.

“When we manipulated the leptin signalling pathway, we noticed that doing so had no impact on food intake, weight or even motivation for physical activity in the rodents. It did, however, have an effect on anxious behaviour,” she added.

These recent studies open up a broad area of research as yet untapped, Fulton believes.

She and her team want to understand the neurometabolic mechanisms specific to women and also learn more about the influence of nutrition and hormones on motivation and anxiodepressive behaviours.

In so doing, they hope to bring a much stronger female focus to biomedical research.

Stephanie Fulton is a member of the Franco-Canadian research network Food4BrainHealth. This group of scientists, led by Sophie Layé of Bordeaux University in France, focuses on the area of “nutrition and brain health” (predictive biology, disease prevention and treatment).

Fulton is also a member of the Canadian NeuroMetabolic Club, which brings together scientists working on the central control of metabolism, nutritional neuroscience and metabolic diseases. Contact them and join the conversation on Twitter: @NeuroClub.

Funding was provided by the Canadian Institutes of Health Research, the Natural Sciences and Engineering Research Council of Canada, the Fonds de Recherche du Québec—Santé (FRQS) and the Japan Society for the Promotion of Science.