At the height of the pandemic, researchers from different backgrounds joined forces to conduct novel research projects.

The three projects described below, all funded by the University of Montreal Faculty of Medicine’s “Fighting COVID: from prevention to control” program, have yielded important results. 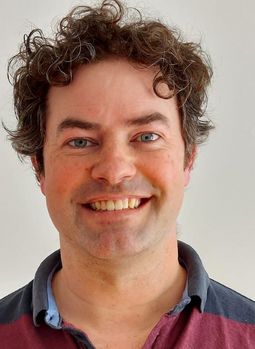 When the public health crisis broke out, most scientists were focused on finding antibodies to neutralize the virus, neglecting the other component of the immune system, the T cells that attack infected cells. At the time, few foresaw how many mutations SARS-CoV-2 would undergo and their effects on white blood cells.

The research team at the Caron Lab, which works to detect new forms of tumour-specific antigens in order to develop cancer vaccines, did see the mutations coming. “We knew the virus would mutate,” said Étienne Caron, assistant professor in the Department of Pathology and Cell Biology at UdeM’s Faculty of Medicine and an expert on the adaptive immune system.

After a call from David Hamelin, a graduate student in Bioinformatics at the University of Victoria, the lab’s team decided to set up a major research project called “Analysis of the mutational landscape of SARS-CoV-2 variants: implications for T-cell-epitope escape and vaccine resistance.”

“David wanted to combine his experience in mass spectrometry with his passion for computer science to study COVID mutations,” said Caron. “Since the work involved considerable genomic sequencing, I suggested he contact Julie Hussin, director of the MHI-OMICS bioinformatics group at the Montreal Heart Institute. He set up the link between Julie, an expert in population genomics, and me, an expert in cancer immunotherapy. From this improbable combination, the project was born.”

While the international scientific community was concentrating on antibodies, the newly assembled team co-supervised by Caron and Hussin set about assessing the effect of the SARS-CoV-2 mutational landscape on T cell response in order to determine the role of mutations in disease severity, vaccine resistance and herd immunity.

To date, millions of SARS-CoV-2 proteome assemblies from over 100 countries have been analyzed using machine learning and computational immunology tools. “Our latest findings suggest that the mutations have molecular signatures, which would explain why some individuals are more susceptible to contracting the disease than others, regardless of age or health status,” said Caron. “We are now working on defining these signatures to know which segments of the population to prioritize for vaccination.”

The pooling of resources for the “SARS-CoV-2 variants” project has yielded a publication and brought in new grants. “The unexpected collaboration between me and Julie Hussin has opened up equally unexpected new lines of research,” said Caron.

While he recognizes Zoom’s potential to help advance research—“now we can invite people from anywhere to attend our lab meetings”—Caron regrets the way reliance on virtual technology is undermining the sense of community among scientists.

There’s nothing like going out for a beer and pizza after work for tossing around ideas. We’re going to need initiatives from the top, like what happened in Germany after the war, to reconnect the members of the scientific community. — Dr. Étienne Caron

For more about Caron’s thoughts on the importance of in-person connections, see his article Pondering the power of connections in the post-COVID-19 era.

As the first wave of COVID-19 was sweeping through long-term care facilities, research was concentrated on finding vaccines and treatments, overlooking the fate of seniors. Why is this vulnerable population so underrepresented in the scientific literature?

Instead of waiting for an answer, researchers in aging, geriatricians and physicians working in Quebec long-term care facilities (CHSLDs) decided to join forces to identify barriers to clinical research in long-term care homes and hospital geriatric wards.

Forming a community of CHSLD physicians 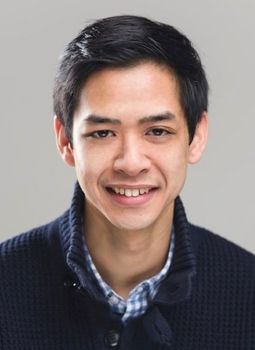 Dr. Quoc Dinh Nguyen, assistant clinical professor in the Department of Medicine at UdeM and internist/geriatrician at the CHUM hospital, dropped everything to serve the community when he was appointed to head the Quebec Ministry of Health and Social Services’ expert panel on COVID-19 measures for seniors. “I felt strongly that studying this population was the right thing to do,” he said. “The pandemic highlighted the extreme vulnerability of the elderly, who had a very high mortality rate during the first wave.”

And to have a presence on the ground, the team established a collaboration with Sophie Zhang and Catherine Richer, assistant heads of housing at the Montreal Centre-Sud district health authority. “In talking with stakeholders, we realized how limited and powerless health care professionals felt in long-term care homes,” said Nguyen. “There is a real need to establish an infrastructure and a network.”

Stepping stone to other grants

The team is currently collecting data on seniors in CHSLDs and geriatric wards with a view to improving care. The project will provide a foundation for research in CHSLDs and a springboard for more grants. In particular, their survey will serve to create a roadmap for solutions and to formulate recommendations.

Our goal is to build a Quebec ecosystem for research on seniors during the pandemic and beyond. Then, if Quebec is hit by another wave, we will be equipped to deal with it. We must not forget that this population remains fragile and deserves our full attention. — Dr. Quoc Dinh Nguyen 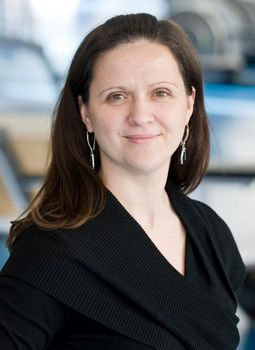 Two-thirds of Quebec seniors report being inactive and sedentary. With the isolation and restrictions caused by COVID-19, the problem of deconditioning resulting from lack of physical activity has worsened dramatically, leading to loss of autonomy.

Since exercise is an effective way to prevent physical and mental decline in elderly people, Mylène Aubertin-Leheudre, associate professor at UdeM’s School of Kinesiology and Physical Activity Sciences and associate director of clinical research at the IUGM Research Centre, wondered why it is not prescribed for people suffering from deconditioning.

She discussed the idea with geriatrician Marie-Jeanne Kergoat, professor in UdeM’s Faculty of Medicine, clinical researcher and director of the IUGM’s outpatient cognition clinic. Kergoat agreed wholeheartedly. The impediment was lack of knowledge, tools and professional resources to implement the concept.

Aubertin-Leheudre felt this problem was fixable. “With Dr. Kergoat, CHUM geriatrician Dr. Thien Tuong Minh Vu, and occupational therapist Nathalie Veillette from the School of Rehabilitation, we set up a project to develop an interactive tool to get seniors moving safely,” she said. “They and their caregivers are able to watch the physical activity sessions and follow the program online. The project is called ‘Preventing deconditioning in frail seniors followed at the Ambulatory Geriatric Centre: implementation of a distance adapted physical activity program via the PACE tool’.”

The PACE program was developed by a team of kinesiologists and researchers at the Muscle Function Laboratory, in collaboration with the health care teams. It can be followed either on Zoom or in person.

The concept is simple. A physician questions the elderly person and assesses his or her level of mobility. Based on the results, one of 35 exercise programs is prescribed. A kinesiologist then leads the person through the program online. It consists of a 12-week series of daily exercises to be done at home—for lower limb mobility, core flexibility, balance, muscular endurance, etc.—combined with a 15 to 30 minute walk, depending on their profile.

There is a follow-up phone call to adjust the exercises or the program’s intensity if necessary. “It’s like a prescription, but instead of a pill, it’s a dose of exercise,” said Aubertin-Leheudre.

So far, about 40 people have taken the program, and the preliminary data are very encouraging. The response from participants has also been highly positive. “People who were very sedentary and at risk of developing disabilities have become active people with improved functional abilities,” said Aubertin-Leheudre.

An upgraded version of the PACE program is being developed, based on the feedback from patients, caregivers and physicians. It will be implemented on a larger scale in Quebec and elsewhere, and will soon be presented in France as a model in geriatric care.

The pandemic has stimulated research that would never have been done otherwise. It has taught us that it is possible to create programs and to care for patients in new ways. — Mylène Aubertin-Leheudre