Work-family conflicts are a frequent problem for construction workers. The industry should put measures in place to support its workers.

Long days, heavy workloads and irregular hours are common on construction sites around Quebec, making it hard for workers to balance their job with their family life.

While workers tend to turn to their life partners to help them cope with the pressure, more support from coworkers and supervisors would help alleviate work-family conflicts.

Those are the findings of research done by Laurie Galardo in the Department of Psychology at the University of Montreal, under the supervision of Mélanie Trottier, now a professor in UQAM’s School of Management.

In her doctoral studies, Galardo, now a psychologist at Cégep de Saint-Jérôme, measured the effects of social support from construction workers’ spouses, coworkers and supervisors on workload and work-life conflict through the lens of conservation of resources theory.
“According to conservation of resources theory, psychological stress in an individual is caused by the threat of loss of resources, such as time and energy, or a lack of gained resources for coping with life situations,” Galardo explained. 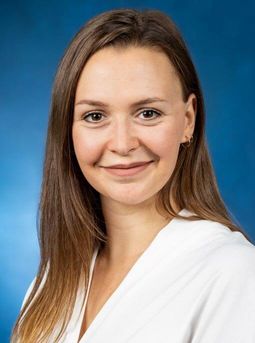 Galardo’s research was part of an extensive study undertaken in collaboration with Quebec’s Ministry of the Family and the Quebec Construction Commission. She surveyed 811 people from the 177,000-strong predominantly male construction industry.

The subjects—84% male, 16% female, employed in 31 trades—responded to a survey distributed in 2018-2019 to gather information on workload, social supports and work-life conflict.

Forty-hour work weeks and frequently unpredictable schedules were the norm for six out of ten respondents. Nearly a quarter (23%) were working more than 40 hours per week and 63% described their workload as heavy or very heavy.

Unsurprisingly, more than half of respondents (55%), both male and female, reported high levels of conflict between their work and family roles and responsibilities.

Most respondents said the social support provided by both their life partners and their coworkers and supervisors helped reduce work-life conflict, in different proportions, by alleviating the perception of overwork.

Respondents reported receiving social support primarily from their partners and less from coworkers and supervisors. The study’s results suggest that more support from supervisors and coworkers would help reduce work-family conflicts.

The reason, according to Galardo, is that the partner supports the worker by performing the bulk of domestic chores and childcare, enabling their spouse to dedicate their time and energy to work.
Galardo believes organizations would gain from promoting social support at work—for example, by fostering a culture of mutual assistance—and valuing work-life balance in the workplace.

The solution, in Galardo’s view, is more social support from supervisors and coworkers, as spouses have limited power to affect work organization and the industry’s culture.

“In concrete terms, from the point of view of conservation of resources theory, a supervisor on a construction site could, for example, allow more flexible start times to give employees more control over their family schedule,” she suggested. “But for this to happen, the construction industry’s culture must be transformed and made more supportive.”

“That all actors in this key driver of Quebec’s economy must be involved, including employers, unions, the Quebec Construction Commission, as well as political policy-makers,” said Galardo. She was able to test her hypotheses on her husband, who works in the construction industry.