UdeM sociology professor Barbara Thériault has received a writing grant to chronicle daily life in the German town of Halle.

Barbara Thériault, Professor of Sociology at the University of Montreal, has a new job: mixing sociology, journalism and literature in Halle, Germany.

For six months, the sociologist and specialist on contemporary Germany will become the public writer of Halle, a city in the former German Democratic Republic. She was awarded the title after an annual literary competition held to attract people of letters to the town.

“In Germany, a public writer isn’t the same thing as in Quebec,” Thériault explained. “In Quebec it refers to someone who helps people who have trouble writing documents, but in Germany a public writer is more an observer who tells the story of the city and its inhabitants.” 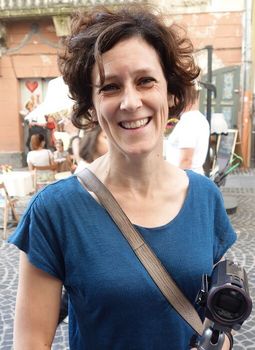 Thériault plans to gather material by working in Halle hair salons. “I’ve been studying hairdressing for the past two years,” she said. “I plan to work in three salons located in different neighbourhoods so I can meet people from different backgrounds, get an everyday perspective on the beauty trade, and record it.”

Every week, she will report her observations and thoughts about her clients, the other hairdressers, and other Halle residents in the local newspaper in a style known as “sociological feuilleton,” a blend of sociology, literature and reporting pioneered by Siegfried Kracauer in the 1920s.

“It’s a way to produce sociological texts that are attractive, short and accessible,” she said. It’s also the preferred style of Siggi, the sociology journal that Thériault and two of her colleagues in UdeM’s sociology graduate program launched in 2020.

Thériault believes the current conflict in Eastern Europe will affect her experience, particularly with the arrival of Ukrainian refugees. She plans to host a Ukrainian acquaintance herself for several few weeks.

“The large influx of refugees in 2015, many of whom opened barber shops, permanently changed the beauty and grooming scene in the city. It’s quite possible that the arrival of Ukrainian refugees will also have an impact on the town, should they decide to stay.”

This is Thériault’s second stint as a public writer. The first was in Lviv, Ukraine, where bombs are falling now.