According to research by Professor Maryse Soulières of the UdeM School of Social Work, living alone doesn’t necessarily mean loneliness for seniors.

According to the 2016 census, a third of Canadians over 65 live alone. For people aged 85 and older, the figure is 56 per cent for women and 29 per cent for men.

Does this mean that after a certain age, as people sometimes have to deal with loss of physical or psychological independence, living alone means isolation from the world and unhappiness, as the oft-heard public discourse suggests?

Between 2016 and 2019, 32 women and 11 men aged 65 to 93 living alone in the Montreal area were interviewed in order to explore how seniors living alone perceive their daily lives and their social relationships, through the lens of the “sociology of experience.” This is an approach that focuses on how individuals experience, give meaning to, and adapt to their circumstances.
The research team subsequently presented its findings to about 120 people who work with seniors, including psychosocial professionals, volunteers, community organization leaders and policy-makers.

More than half the seniors who participated in the study, some of whom presented with significant loss of functional independence in daily life, had lived alone for more than 25 years, and the vast majority had modest incomes, less than $25,000 per year. They lived in their own home or apartment, in low-income housing or housing cooperatives, or in seniors’ residences. 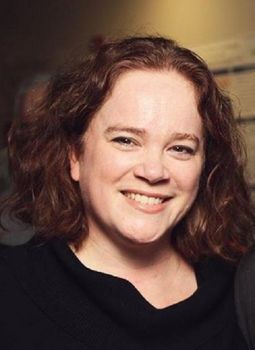 When asked about their life experiences and how they managed from day to day, most respondents reported that their children played a central role in their social lives.

The majority of those who had no children or no longer had contact with them nonetheless had young people in their lives—grandchildren, nieces and nephews, or the children of friends.

Most also had friends—sometimes longstanding, sometimes recent—with whom they socialized regularly.

“In the interviews, almost all the participants also talked about romantic relationships” said Soulières. “Either they were in a relationship or hoping to be. Some people expressed a need for intimacy and sex, while others—mostly women—were somewhat reluctant to have a partner, usually for fear of losing the benefits of their single lifestyle.”

Respondents not only reported a variety of social relationships but also showed that they were able to maintain those relationships and develop new ones to alleviate their isolation.

For example, when in-person meetings became more difficult to arrange, the telephone was one of the means they used to maintain contact. Many also learned to use the Internet and social networks, and felt quite comfortable doing so.

“Sending emails, using Facebook and videoconferencing via Skype were some of the tools used by respondents of all ages,” said Soulières. “One 81-year-old woman even wrote a blog that kept her in touch with a large number of followers.”

Several respondents said they were involved in sports, recreation and arts activities in their immediate community. One 87-year-old woman said she enjoyed her weekly dance classes because they helped her keep fit and socialize.

Better care for the truly isolated

Although the majority said they had a satisfactory social life, despite loss of physical or psychological independence in some cases, 20% of respondents were in a state of significant social isolation.

Most were men over 80 years of age who had lived alone for most of their lives. “They had considerable difficulty naming someone they could contact for help in an emergency, and some couldn’t,” Soulières reported.

Some had lost their social network over the course of time; for example, all their friends and acquaintances may have died. Others described themselves as outsiders and said the solitary life suited them.

“In short, our research shows that we shouldn’t put all seniors in the same basket, because many are in regular contact not only with family but also with friends, whose role is too often underestimated,” Soulières pointed out.

She added that the study could help target and organize services more effectively in order to provide better support for seniors who do live in social isolation.

“All stakeholders must take innovative steps to reach isolated seniors and make services more flexible so they are accessible at pivotal times such as a forced move to a new home or the deaths of the only people in their network,” Soulières concluded.