It’s time for the science of behaviour to extend beyond humans and embrace machines, says UdeM behaviour analyst Marc Lanovaz. 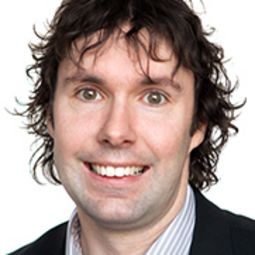 How people behave has been the subject of scientific study dating back at least a century: not just how we react to each other but also how we react to our external environment. Now, in an increasingly algorithmic age of robots, chatbots, voice-recognition systems, auto-complete functions and self-driving cars, might academia be ready for a new way of looking at behaviour: by analyzing the behaviour of machines?

Marc Lanovaz thinks so. Head of undergraduate pyschoeducation at Université de Montréal and  a researcher at the UdeM-affiliated Centre de recherche de l’Institut universitaire en santé mentale de Montréal, in a new article Lanovaz makes his case for a science of machine bahaviour analysis. It was published March 31 in the U.S. journal Perspectives on Behaviour Science, where it featured as the article of the week.

We asked Professor Lanovaz to elaborate on his proposal.

First of all, an obvious question: if intelligence is no longer considered restricted to things that are alive in the biological sense, why aren’t academics already talking about how machines behave?

In your article, you point out a paradox, that “two machines composed of different hardware, but with the same software, may still produce the same behaviour.” Why is that significant?

Because it suggests that we do not need to study the behaviours of all machines to develop a strong understanding of how their surroundings affects them. We can thus draw some generalizations by studying machines with similar functions, as we do with organisms from the same species.

Are we getting close to the point where, as you say in your piece, “machines will be able to have interactions that are indistinguishable from humans”?

Well, just think about how machines have evolved in the past 20 years. In 2002, the iPhone did not even exist, and Netflix was still a DVD rental service. Nowadays, we have smartphones with more computing power than ever, and Netflix has sophisticated algorithms designed to keep you watching their streaming service. Where we will be in 20 years, I don’t know, but we are inextricably moving towards an era where machines may develop social skills as good as any human.

There are perils, too, in this new age of AI, aren’t there? You write about chatbots and how they “learn” new behaviour – but also mislearn it.

Yes, for instance, Microsoft had developed a bot named Tay designed to interact with users on Twitter. Unfortunately, Tay learned to tweet offending and discriminatory posts after less than 24 hours by interacting with other users. This shows how machines left to fend on their own in the wild may learn to misbehave. Behaviour analysts have tools to support engineers in preventing such issues in the future.

All of this has an effect on us humans as well: Facebook, Google autocorrect, Alexa and other tech like that, they’re all changing how we behave. So it’s a two-way street now, isn’t it?

Indeed, it is. Machines are shaping our behaviour by deciding what they recommend to us, but we are also influencing machine behaviour by how we respond to their recommendations. This two-way interaction between human and machine behaviours requires an interdisciplinary approach involving engineers and behaviour analysts.

Why should the social sciences like behaviour analysis get involved in studying how machines behave? Shouldn’t that be left to the experts in engineering and computer programming?

Neither is sufficient on its own. Engineers and programmers will always be essential to the development and maintenance of machines, but behaviour analysts can provide a contribution beyond coding. They have developed methodologies well-suited to examine how external events impact how machines react.

You conclude by quoting B.F. Skinner, the famous behavioural psychologist. In 1969 he argued that “man is a machine, but he is a very complex one.” Pretty prescient, no?

Yes, and my proposal for a science of machine behaviour analysis remains consistent with this original conceptualization of humans. In Skinner’s day, machine behaviours were probably not complex enough to warrant their own domain. With the evolution of computing power and algorithms, researchers have now reached a point where an understanding of engineering is often not enough. We need more debate on bringing behaviour analysts into the picture. Ultimately, we all want machines to be there for the good of humanity, and to do that, we need to better understand what makes them tick.