According to a UdeM study, life could have emerged on an exoplanet as a result of a type of biochemical cooperation that is more likely to occur in nature than we might think!

Darwin’s theory of evolution probably isn’t the full explanation for the emergence of life. Even in a barren environment conducive to fierce competition, cooperation between molecular networks may have spawned life on Earth and, by extension, elsewhere in the universe. And molecular cooperation may occur much more readily than expected in nature.

This hypothesis was presented in a recently published article in the journal Life by Ph.D. student Alexandre Champagne-Ruel and his thesis supervisor Paul Charbonneau, professor in the Department of Physics at the University of Montreal.

Digital model based on Darwin’s theory 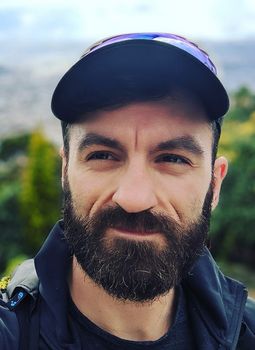 Starting from the hypothesis that life originated on Earth in networks of self-replicating molecules, the researchers designed computer models of different environments to observe the development of interactions that would have occurred during the emergence of life.

“In physics, we are broadly interested in the emergence of complexity, including life forms, and several models of the emergence of life assume some cooperation among the elements involved,” said Champagne-Ruel.

Champagne-Ruel and Charbonneau began by constructing their model based on the prisoner’s dilemma, a scenario in game theory that is used in a number of scientific fields to analyze the interactions between “players” who, depending on the rewards at stake, may choose to compete, free ride, or cooperate.

They then gradually incorporated the three main principles of a Darwinian system—selection, heritability and variability (or mutation)—and ran simulations on a grid where the “players” interacted freely and repetitively.

“During the simulations, we tallied the highest-scoring strategies and allowed them to propagate, recreating a dynamic that may have prevailed in a prebiotic environment,” Champagne-Ruel explained.

Over the course of the interactions, Champagne-Ruel found that the free-riders often dominated, which, he said, “is a known result in evolutionary game theory for this type of simulation.” However, when an error rate that is not only heritable but also subject to mutation is introduced for the agents, “cooperators quickly took over the system in almost every simulation,” he reported. “As soon as they are placed in an evolutionary environment that includes heritability and variability, cooperative agents thrive—even in an inherently competitive environment subject to significant external disruption.”

The sudden takeover by cooperators resembles what is referred to in physics as a phase transition, which is a sudden spontaneous reorganization of a system, as when water reaches its boiling point.

“Our model supports the idea that the emergence of life could be similar to a phase transition, a hypothesis that has already been put forward in the literature,” said Champagne-Ruel. He will present his findings in Atlanta on May 17 at AbSciCon 2022, a major international astrobiology conference.

Cooperation at the origin of life on other planets?

Champagne-Ruel’s results show that “even in the absence of developed genomes and behaviourally complex organisms, cooperation can not only emerge spontaneously, but it does so easily and robustly.”

“If cooperation between molecules and organisms arises so readily in nature, that suggests that life could also exist in adverse environments and could potentially be detected in the near future by the James Webb space telescope,” Champagne-Ruel pointed out. “Astrobiologists should ignore no clues, because natural cooperation—and hence, life—could appear even in seemingly hostile environments.”

Français
Previous Constant Awashish calls for reconciliation May 12, 2022
Next A rapid and portable drug detection device using bio-nanotechnology May 16, 2022
Share