This summer a biology student is testing the potential of three plants native to Canada to remove the widespread contaminant triclosan from water. 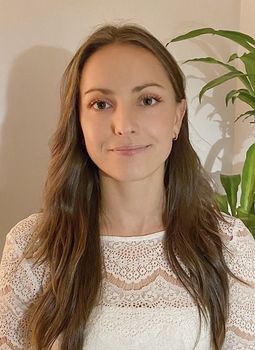 One example is triclosan, a chemical compound found in a wide range of everyday consumer goods such as toothpaste, soap and deodorant. Triclosan is used as a preservative and antimicrobial to inhibit the growth of bacteria, fungi and mould.

But once released into the environment, triclosan can harm organisms at the bottom of the food chain, such as algae and microalgae, and the fetuses of some fish and frogs. It also affects microbial populations, contributing to the development of potentially antibiotic-resistant strains of bacteria.

Laurianne Bédard, a master’s student in biological sciences at the University of Montreal, is studying the possibility of removing this contaminant using constructed wetlands.

Under the supervision of Joan Laur and Jacques Brisson, professors in the Department of Biological Sciences at UdeM, Bédard is assessing the plants’ filtration potential, individually and in combination.

“We already know that American reed and prairie cordgrass are effective in removing a number of other contaminants,” she said. “But the idea is to find out whether they also work for triclosan and to see if biodiversity—combining plants—enhances the effect. Conversely, if the results are negative on both counts, we’ll know that these species are not the best for this purpose. And if a species is found to be very sensitive, it could potentially be used as a bioindicator for monitoring the contaminant in the water system.”

A simple green solution to a major issue 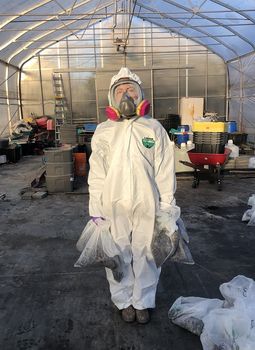 Triclosan is one of the most commonly detected contaminants in aquatic environments. It can also be found in soil and sediments, and can even build up in living organisms, including humans.

“Human urine contains triclosan,” said Bédard. “So do sebum and breast milk. Some studies even suggest that triclosan may cause neurological disturbances, but this has yet to be established.”

In view of these impacts, Bédard is hopeful that the three selected species will be shown to be effective green options for the management of contaminated water, especially where treatment plants are insufficient or non-existent.

“Treatment plants can generally remove 90% of triclosan but that doesn’t prevent it from being one of the 10 most detected pollutants in the world’s waters,” Bédard noted. “There are also many municipalities in outlying areas that do not fully filter their water and where effluents still contain triclosan. Constructed wetlands containing these species could be added at the end of the treatment cycle. People with remote cottages could also create a corridor with these plants at their water outlet, particularly since the three species all grow in Quebec and can easily be purchased at nurseries.”

Français
Previous Prescri-Nature: A prescription for nature June 21, 2022
Next A former UdeM postdoc gets the ‘Nobel prize of mathematics’ July 5, 2022
Share