People who follow sleep duration recommendations are likely to live longer, according to a study by researcher Julie Carrier, professor in the Psychology Department, and her colleagues. 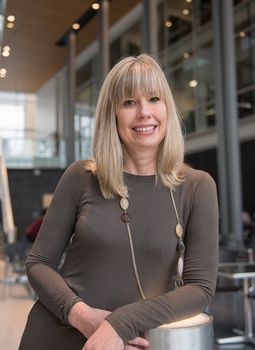 Are you an adult aged between 18 and 64 who sleeps 7-9 hours a day? Or are you over 65 and sleep 7-8 hours a day? Following these Canadian recommendations on sleep duration could increase your life expectancy.

Those are the findings of a Canadian study led by Julie Carrier, a researcher at the Centre for Advanced Studies in Sleep Medicine and professor in the Department of Psychology at the University de Montreal, and fellow researchers at UdeM, the University of Ottawa, Université Laval and Queen’s University.

The numbers speak for themselves, with a caveat

“In the long term, we’re looking at higher likelihood of a list of physical, emotional and cognitive disorders,” she added. “For example, if we know the number of hours a person sleeps, we can predict the development of neurodegenerative diseases.”

While the results may seem to indicate that too much sleep is also harmful, Cartier pointed out that no experimental study has ever shown that long sleep is detrimental to health.

“In our study, we crossed self-reported sleep data with statistical data on the mortality risks associated with sleep duration,” she explained. “It wasn’t possible to entirely isolate sleep duration from all other health factors. We also know that there is a genetic link to the number of hours of sleep required by short and long sleepers, but we don’t know precisely which genes are involved and whether they too are associated with early mortality. Finally, bear in mind that a sudden significant increase in sleep duration may be a sign of an underlying problem, such as depression. So, sleeping too much is cause for concern when it’s a change from the person’s normal sleep patterns; that’s when you should go see a doctor.”

Carrier has been interested in sleep for over 30 years. She believes that to promote good health, it’s just as important to encourage good sleep habits as healthy eating or physical activity.

Now that the Canadian research team has shown that following Canadian sleep recommendations increases life expectancy, they hope that both government and individuals will sit up and take notice.

“Getting enough sleep helps protect people against many chronic diseases and premature mortality,” Carrier stressed. “Perceptions need to change, especially among young people, who often have busy social, professional and family lives and tend to scrimp on sleep so they can squeeze everything into their day. And then there are professionals who brag about sleeping less to be more ‘productive.’ No one would be proud to say they ate only fast food for a week.”

Carrier noted that insufficient sleep also has an economic impact on the health care system. It is therefore incumbent upon governments, schools and business to develop clear and effective messaging about the importance of sleep.

To help spread the word, she launched the Canadian public health campaign Sleep On It in 2019. It aims to inform the general public of the benefits of sleep, offer solutions for people who suffer from sleep disorders, and make sleep quality a public health priority.

“We need to make people who deliberately reduce their hours of sleep aware of the dangers and help people with sleep disorders sleep better,” Carrier said. “It’s a public health issue.”

Français
Previous COP 15 on biodiversity: meet our experts October 21, 2022
Next Community partnerships: UdeM is open to the community and part of the community October 24, 2022
Share