Public opinion on geopolitical issues was polled in 14 countries on both sides of the Atlantic, including Canada. The results have been published in a report co-authored by the Jean Monnet Centre. 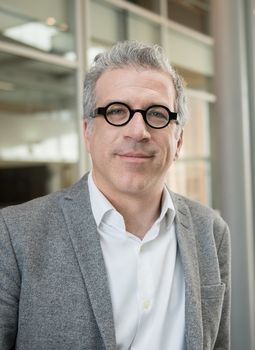 This is a time of dramatic geopolitical challenges: the invasion of Ukraine, the rise of China, the decline in U.S. influence on the world stage.

“It is precisely because this is an exceptional geopolitical moment, and the decisions taken by governments are affecting people’s lives in a big way, that we decided to support Transatlantic Trends 2022, a major study of public opinion,” said Université de Montréal professor Frédéric Mérand.

“This is the first time we’ve been associated with Transatlantic Trends,” said Mérand,

who chairs the Department of Political Science and conducts research at the Jean Monnet Centre.

Surveys were conducted in July in 14 countries: Canada, the U.S., France, the U.K., Germany, the Netherlands, Sweden, Spain, Italy, Portugal, Lithuania, Poland, Romania and Turkey. Approximately 1,500 people were polled in each country.

What do the results show? “I was surprised to see a strong consensus on the major geopolitical issues of the day and wide support for the policies pursued by the allied governments,” said Mérand.

Pro-Ukraine, anti-RussiaMérand cites Russia as an example. By a wide margin, survey respondents see Russia as a major threat and Ukraine as the country to be supported. On average, 73% of respondents across all countries believe Russia has a negative infl

Mérand cites Russia as an example. By a wide margin, survey respondents see Russia as a major threat and Ukraine as the country to be supported. On average, 73% of respondents across all countries believe Russia has a negative influence on international affairs. An average of 74% want Russia to be prosecuted for war crimes and 71% favour stiffer economic sanctions because of its invasion of Ukraine.

“There is always about 20% of the population that doesn’t agree with the majority, but in countries such as the United States, Italy, Canada and Germany, there is no real public opposition to the measures that have been taken against Russia,” Mérand commented. “In some countries, the public is prepared for governments to go further.”

For example, a substantial majority (64%) was in favour of admitting Ukraine into the European Union and 58% supported NATO membership for Ukraine.

China versus the U.S.

The survey revealed complex attitudes towards China in the 14 countries surveyed. Nearly a quarter of respondents said they don’t know whether China is a partner, competitor or rival to their country. In the United States, however, 34% see China as a competitor and 32% as a rival. In Canada, the numbers are 28% and 24% respectively.

“Canadian public opinion has turned against China very quickly,” said Mérand. “We can assume that the detention of the two Michaels [former diplomat Michael Kovrig and businessman Michael Spavor) for more than 1,000 days is among the factors that have shifted public opinion in Canada. We have seen that China isn’t behaving in an upstanding manner.”

He also points to the Taiwan question (China wants to annex Taiwan) and concerns about espionage. “In recent years, we have seen growing unease about trade with China and also, increasingly, about security,” Mérand noted. “The picture isn’t entirely clear because China hasn’t launched any attack that would have made the threat concrete, but its discourse has been evolving.”

There is general consensus on the issues among respondents in the surveyed countries with one exception: Türkiye. “It’s quite striking,” said Mérand. “Turkish public opinion is really out of step with the others.”

For example, while most of the countries surveyed see American influence in international affairs as positive, 67% of Turkish respondents see it as negative.

The question arises because citizens find it harder to form an opinion on foreign affairs issues, which are distant from their lives, than on matters closer to home: “The study doesn’t take a position on this, of course, but we see that in general, public opinion in each country tends to be closely aligned with its government’s policies,” said Mérand.

It’s often said that Canada has a good international reputation and this study backs that up. Of all the countries surveyed, Canada and Germany were seen as the most reliable partners (70%) after Sweden (71%).

“In many countries, Canada is viewed quite favourably,” said Mérand. “Mind you, it's not seen as one of the most influential nations. But goodwill towards us is still very high, which is certainly good news for the Canadian government.”

Français
Previous DNA 'nanotransporters' to treat cancer November 2, 2022
Next Violence on TV: the effects can stretch from age 3 into the teens November 8, 2022
Share