An international research team is looking for systematic evidence of linkages between changes in art-making and disorders of the central nervous system.

For decades, scientists have been interested in the effects of neurodegenerative disorders on the way people approach and produce visual art. They have sought the “artistic signatures” of diseases of the nervous system in the hope that art can offer a window onto changes in the brain.

However, the literature on the subject mainly reports scattered evidence and subjective descriptions of clinical cases, based on the authors’ personal observations.

What if it were possible to objectively and scientifically establish a tangible relationship between brain changes brought on by degenerative diseases and the way people make artistic choices and express their creativity?

An international research team that includes Dr. Alby Richard, a neurologist, researcher at the Centre hospitalier de l’Université de Montréal (CHUM) Research Centre and professor in the Department of Neurosciences at Université de Montréal, is trying to answer that question.

External observers (psychology students and art novices) were then asked to judge the visual artworks recorded in the reports without knowing the artist’s medical condition. The judges were asked to rate the works on a series of criteria: colour balance, complexity, abstractness, symbolism, realism, emotional expressiveness, representational accuracy, creativity, technical ability, and so forth.

According to Dr. Richard, “meticulous application of precise criteria revealed patterns in the works consistent with the neurological changes associated with the disorders studied. But these signals are not very strong. It is difficult to draw unequivocal conclusions, art being so subjective.”

One thing that is clear, however: changes in artistic output can tell us more about the workings of the brain as it creates in art.

A number of circuits invoked 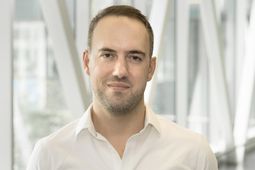 Dr. Richard pointed out that artistic expression invokes a number of neural circuits, including those for memory, emotion, perception, motivation and reward. “These systems must interact in some way to enable humans to produce art,” he said. “If two or three of them stop functioning because of a neurological disorder, the final artistic product will inevitably be different.”

For example, the study found that the neural changes attributable to Alzheimer’s led to less realistic, less balanced and more abstract works. Richard ascribes this pattern to the fact that “many parts of the cerebral cortex are less active in Alzheimer’s patients, making it harder for them to find more nuanced elements when making artistic choices.”

In the case of Parkinson’s disease, the study found a decrease in the creativity and complexity of the artwork, with more saturated and colder colours, and less symbolism.

“Parkinson’s has motor symptoms and patients can take medication to reduce the tremors,” Richard explained. “And we know this medication can stimulate neural circuits useful for creativity in different ways.”

If health professionals were familiar with the patterns typical of a neurological disorder, could they make a diagnosis just by viewing a piece of art? “It would be great to be able to identify artistic markers of the onset of a neurological disease, but unfortunately I don’t think our knowledge is there yet, partly because there are too many variables,” Dr. Richard replied.

However, he believes the study’s findings could help pinpoint the areas of the brain affected by an already diagnosed disease. The patterns could therefore serve as yardsticks to determine whether a person should start treatment or could qualify for a clinical study.

Dr. Richard added that the data could also be useful for therapeutic purposes: “Art and creative projects could be used to stimulate disease-damaged circuits and perhaps even promote neuroplasticity.”

As a neurologist, he knows the terrible impact of neurodegenerative diseases on patient’s lives all too well – and given the paucity of available treatments, is particularly excited about the prospect of using art as a non-invasive therapy.

Français
Previous How do you become one of the world’s most influential scientists? November 16, 2022
Next Where are they now after their time at iREx? November 21, 2022
Share