Researcher and UdeM professor Guillaume Lajoie is working on projects that use AI to optimize direct interaction with the nervous system for targeted clinical interventions.

Electrodes to prevent arrhythmia. Implants to stimulate lost movement after a stroke. An intracranial device to control the tremors produced by Parkinson’s disease. These are just a few examples of brain-machine interfaces powered by artificial intelligence that are making narrowly targeted treatment of certain diseases possible.

The stuff of science fiction? No, these are all therapies that already exist or are currently under study by researchers such as Guillaume Lajoie, a professor in the Department of Mathematics and Statistics at Université de Montréal and a researcher at Mila, the Quebec Artificial Intelligence Institute.

Lajoie’s lab is affiliated with BIOS Health, a UK-based company that specializes in neural interfacing (communication between brain and computer), and Lajoie is a member of BIOS’s scientific advisory committee.

“We’re trying to establish two-way communication between the brain’s neural networks and the computer,” Lajoie explained. “That will enable us to decode what the nervous system is saying and also to modify nervous system activity through targeted medical interventions.” 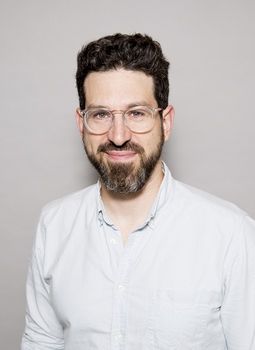 Lajoie, who holds a Canada CIFAR AI Chair and the Canada Research Chair in Neural Computation and Interfacing, is creating algorithms to facilitate the interaction between biological and AI neural networks.

At BIOS Health, his expertise is being applied to develop techniques to stimulate the vagal nerve in order to prevent arrhythmic events. “The vagal nerve is a very long nerve that transmits the impulses responsible for the autonomic functioning of many organs,” Lajoie explained. “So the idea is to interact with the nerve using electrodes that can record and modulate the heartbeat. If we can predict arrhythmias, we can develop ways to prevent them through targeted stimulation of the nervous system.”

Lajoie is also developing technologies of this type in his own lab, in collaboration with Numa Dancause, a professor in the Department of Neurosciences at UdeM, and Marco Bonizzato, a professor at Polytechnique Montréal. Together, they are working on AI-based neural implants to help rehabilitate stroke patients.

“After a stroke, you can lose motor skills in your hand, for example,” said Lajoie. “During rehab, physiotherapy tries to recreate the lost connections in the brain by forcing movements. Directly stimulating the neurons specialized in performing hand movements could help the brain directly repair the connections.”

Founded in 2015, BIOS Health is one of a growing contingent of companies using artificial intelligence to read, write and analyze data from the nervous system. Another is Neuralink, a U.S. start-up founded by Elon Musk that is working to develop brain implants in order to seamlessly link the brain and AI.

Montreal is in the thick of the action. Thanks to Université de Montréal and Mila, as well as the Institute for Data Valorization (IVADO), Montreal has become a world leader in this booming field.

“UdeM has a very rich ecosystem in AI and neuroscience,” said Lajoie. “This expertise affords us real opportunities to develop revolutionary treatments and ask previously unanswered scientific questions about the brain.”

Guillaume Lajoie points out that scientific and technological advances of this type are driven by the combined skills and knowledge of academe and private companies. In his case, the fruitful collaboration between Université de Montreal and BIOS Health was made possible by support from MEDTEQ+, the pan-Canadian consortium for industrial research and innovation in medical technology.