Representatives of UdeM’s Cap Campus visited Nikanik high school in Wemotaci to build bridges and encourage students to pursue post-secondary studies by tapping into their culture.

Simulating triage in an ER, learning about chemistry by making Montreal bagels, constructing a model to learn about environmental design and exploring Indigenous cultures around the world: those were just some of the activities at Nikanik high school in Wemotaci a few weeks ago.

The learning workshops were conceived and conducted as part of the Acokanikew program, created jointly by the Nikanik school administration, Coop Nitaskinan and Université de Montréal’s Cap Campus, in collaboration with Collège Ahuntsic.

The program’s goal is to encourage students to stay in school by engaging them in “an immersive experience, in a culturally safe space, that lets them develop their leadership skills and build self-confidence in order to pursue post-secondary studies outside their community,” explained Eliane Santschi, a First Peoples liaison officer at Cap Campus.

“Many Indigenous youths have trouble adjusting when they go to the city to pursue their studies and some drop out, so we wanted to find ways to act upstream in order to facilitate their integration into the urban environment when they attend CEGEP and university,” added Pascal Sasseville Quoquochi, the school’s principal.

The Acokanikew program’s approach to bridge-building revolves around cultural exchanges in which each person brings their own knowledge and learns from the others. It’s a long-term process: activities are held every year, alternating between Wemotaci and Montreal.

“A very strong sense of community’ 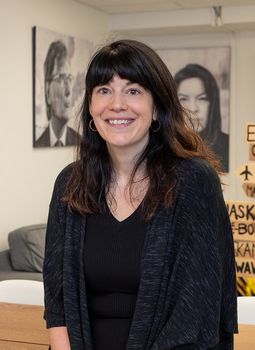 Located 115 kilometres northwest of La Tuque in the Haute-Mauricie region, Wemotaci (“the mountain from which one sees”) is a 30-square-kilometre reserve that is home to 1,500 Atikamekw.

“The people have a very strong sense of community,” Quoquochi said. “In most cases, those  young people who are likely to continue their education outside the community have hardly ever been outside our village for any extended period of time.”

The project was designed to help them “project themselves into a future of higher education and realize there is a place for them as Indigenous youths in post-secondary institutions and urban settings,” he said.

Also on hand was Jrène Rahm, a Faculty of Education professor who’s interested in the issue of cultural security for First Peoples and who has been involved in joint development of the project since its inception.

In addition to playing the games, the students got a taste of multicultural Montreal by enjoying dahl and butter chicken at a South Asian restaurant. In turn, the students from Cap Campus learned about Atikamekw culture by meeting an elder, going to a sweat lodge and sharing a traditional meal with members of the community.

“The idea was to build bridges by encountering the other, creating a dialogue from which both the Cap Campus team and the Nikanik school could benefit,” said Santschi. “The contact with the other gave everyone new perspectives on student retention.”

First visit to an Indigenous community 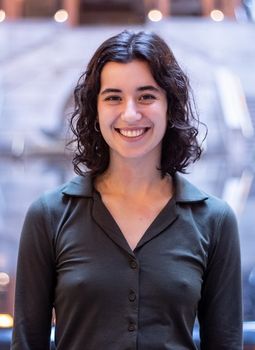 Élodie Sabourin, a communications and political science student who has been involved with Cap Campus for several years, was making her first visit to an Indigenous community. She wants to help keep students in school through their involvement in the Acokanikew project.

“I really enjoyed meeting the students and members of the community during the cultural activities,” she said. “I was moved by our discussions. I learned more about their culture and how to make contact. I found out, for example, that some of the students are attracted to the helping professions and health care. I wish our stay had lasted longer.”

Believe in your potential 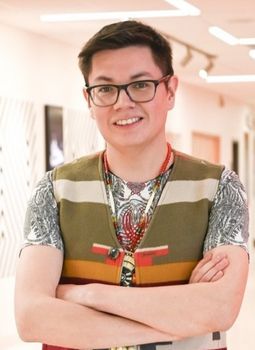 Niquay, who is from the Atikamekw-Nehirowisiw Nation in Manawan, in the Lanaudière region, has been at Collège Ahuntsic for three years. He works with a hundred Indigenous students, providing services and a safe space in order to support their success.

Over the past 10 years, Collège Ahuntsic has been engaged in an indigenization process. For example, it has changed the name of its sports teams, which used to be called the “Indiens d’Ahuntsic.”

“The entire college community, including Indigenous students, decided to replace that name with an Indigenous symbol and call the teams the Aigles d’Ahuntsic [Ahuntsic Eagles],” Niquay said.

For him, meeting the Nikanik students was particularly meaningful. “We were able to speak in our language and I shared with them that I went through a difficult period when I was their age, that I’ve had an atypical career and changed paths more than once,” he said. “They’re smart kids and they should believe in their potential. I hope I encouraged them to stay in school and to believe they can have a future, despite the obstacles they may encounter.”

‘Will need to learn to adapt’ 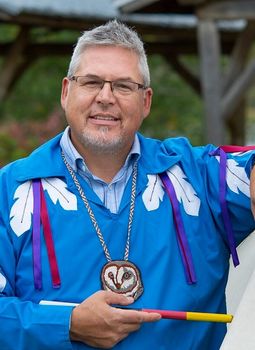 Quoquochi feels his Secondary 4 and 5 students have taken a positive step by committing to the Acokanikew project. “But I think the critical part of the program will be the visit to Montreal next year, because that’s where they will most need to learn to adapt,” he commented.

Before becoming the school’s principal, Quoquochi was a music teacher at Nikanik from 1999 to 2014. He believes empowering students is key to encouraging them to pursue post-secondary studies.

“One of the dire consequences of the genocide that Indigenous peoples experienced in the past is the sense of victimization,” he explained. “It’s had an impact in all areas of our lives, including dropping out of school. That’s why we’re doing all we can to foster a sense of empowerment and responsibility in our students. It prepares them to take the lead in their own success.”

For example, for the past eight years, Nikanik school has held an oath ceremony on a bed of fir branches at the beginning of each school year. It’s called Anispitapwewin, which means “being responsible for your success.” Then, at the end of the school year, the tree-planting ceremony called Soki matcawin reminds students of the importance of rootedness in the community. “We are re-rooting ourselves in Mother Earth and also doing something for the local environment, which is being damaged by (commercial) logging,” Quoquochi explained.

Many other cultural activities are also organized for the students, in sync with so-called  “Indigenous time,” which binds traditions to the rhythms of nature, the seasons and life events.

“A few years ago, our student-life coordinator had a baby and we held a newborn ceremony and a first-steps ceremony, which are age-old traditions,” said Quoquochi. “All the students attended.” 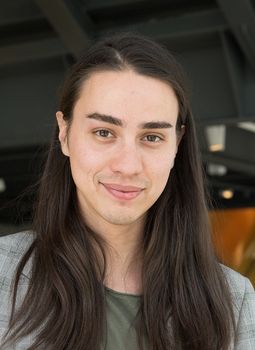 Rainville sees the Acokanikew project as “a particularly inspiring initiative. It ties in with the prime objective of UdeM’s Indigenous Peoples in the Community action plan, which is to offer equitable access to post-secondary education.

“And thanks to Cap Campus, we’re going beyond the walls of the university to revisit the linear framework for student retention,” he said.

“At the outset, when we started developing the project jointly with our Indigenous partners, we asked them what staying in school meant in their community. The people of Wemotaci have given us an eloquent response.”