In his doctoral research in criminology, Étienne Garant is looking at the adaptation mechanisms used by people who acknowledge pedophilic urges but choose not to act on them.

Étienne Garant knows he is tackling a huge social taboo.

His doctorate in criminology deals with individuals who have a sexual interest in minors—specifically those who recognize the urge but try not to act on it.

Under the supervision of Jean Proulx, a professor in Université de Montreal’s School of Criminology, and Christian Joyal, a professor at Université du Québec à Trois-Rivières, Garant is trying to understand, and hopefully help, people who manage to live a conventional life without responding positively to their pedophilic sexual desires, which they know would be illegal.

“I want to learn which coping strategies enable them to live a pro-social life, fully integrated into their community, how they manage their sexual desires in daily life and who they turn to when they are in difficulty,” Garant explained.

Garant also wants to raise awareness and challenge the image of pedophiles and ephebophiles (people who are attracted to pubescent adolescents) in the collective imagination, which automatically labels them as sexual aggressors, even if they have not acted on their desires.

“The social context promotes hatred, and that is an obstacle to the search for solutions for the population I am interested in, people who have not committed any offence and don’t intend to,” he said. “They are living with a sexual proclivity they didn’t choose, and they need help.” 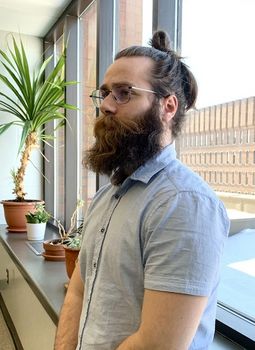 In his research on the abstinence processes of people who are sexually attracted to minors, Garant has looked at the few support organizations scattered around the world available to help.

Among the best known is the German-based prevention project Dunkelfeld, which provides clinical and psychological help to people who are sexually attracted to children, and raises awareness among the general public. In England, the not-for-profit organization Stop It Now! works to prevent child sexual abuse by offering services to adults who are worried about their own thoughts or behaviours.

In the United States, B4U-ACT promotes a science-based understanding of people who have an attraction to children or adolescents. The website Virtuous Pedophiles offers support to pedophiles while working to protect children.

Closer to home, the Centre d’intervention en délinquance sexuelle de Laval has a support program for individuals who are troubled by their deviant sexual fantasies.

As pedophilia is a very taboo subject, and professionals who hear testimonials are liable to respond negatively, people who are sexually attracted to minors definitely have difficulty confiding their feelings and finding help, Garant believes.

“If I’m able to show in my doctorate that adaptation strategies exist, that non-judgmental social support is helpful, and that there are organizations that provide access to treatment, we could help these people refrain from committing crimes and thereby protect potential victims,” he said.

His goal is to speak about this sensitive subject as much as possible, so that the people who need support know where to turn, that inventions can happen early with the people whose interest in children is most overpowering, and that crimes can be prevented.