Imagine AI technology that can work with a large building’s management system to regulate each room’s heating, ventilation and air conditioning needs in real time, based on occupancy and usage. The result is reduced energy consumption, with no human intervention required.

That’s exactly what Montreal's BrainBox AI has created. Since its founding in 2019, the company has been facilitating the energy transition in large buildings around the world by reducing their carbon footprint through technological innovation that combines research on building operations and artificial intelligence.

BrainBox AI technology is currently used in some 300 buildings in 70 cities across 18 countries. All told, the buildings account for a total surface area of more than 100 million square feet.

When frustration is the mother of invention 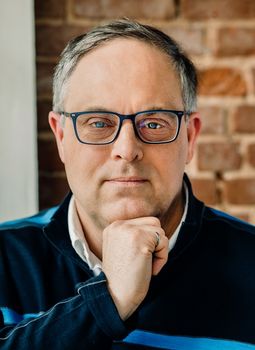 According to Jean-Simon Venne, BrainBox AI’s co-founder and chief technology officer, the idea of using technology to independently manage a large building’s energy consumption was born of pure frustration.

“A few years before launching our business, I worked with a team tasked with improving building energy efficiency," said Venne, who has an engineering degree from Polytechnique Montréal.

"We installed an energy management system in a client's building, but within three years nearly half of the energy efficiency gains were lost due to changes made by system operators trying to regulate the temperature.

“My partners and I reasoned that if an Airbus 380 can take off and land without any help from a pilot, we should be able to manage a building’s HVAC system without human intervention.”

This prompted Venne to bring together research teams from Polytechnique Montréal, McGill University, Concordia University, École de technologie supérieure, Université de Montréal and the Institut de valorisation des données (IVADO) to co-construct a deep-learning model that could be rolled out to thousands of buildings.

A predictive model that adjusts every five minutes

Venne said that approximately 90 per cent of buildings worldwide have a digital control system that generates “an enormous amount of data that just sits unused on hard drives. Our idea was to tap into those systems to extract and harness that data using deep learning engines to train our AI."

The AI uses what it’s learned to build a predictive model to determine, two hours in advance, how much energy each room will use. BrainBox AI then comes up with the most efficient control sequence for the HVAC system.

“The AI acts like a radar that sees all possible scenarios approaching. It then programs the HVAC system's response, while taking new readings every five minutes so it can adjust course in real time,” explained Venne.

A smaller carbon footprint for buildings

TIME magazine named BrainBox AI's technology one of the 100 Best Inventions of 2020, and with good reason.

The solution cuts overall energy consumption by 10 to 30 percent in the buildings that use it.

And, aside from reducing occupant discomfort by 60 per cent, BrainBox AI can also extend the service life of the electric motors that run HVAC systems by 30 per cent, since they don’t turn on and off as often.

These benefits have helped the business grow at an astonishing pace. Since 2019, BrainBox AI has expanded its business to New Zealand, Thailand, Dubai, Qatar, Greece and the United States, while also extending its presence in Canada.

“And we keep innovating to remain competitive,” said Venne. “We operate in an industry that often feels like a Formula One race. Our competitors are clearly watching us, especially those in Scandinavia.”