Released in September during the Quebec provincial elections, the app analyzes people’s lifestyles to give a better idea which party they’ll cast their ballot for.

People’s everyday habits may not correlate perfectly with their voting behaviour. But the research team behind a made-in-Quebec app called Datagotchi has found a significant link between lifestyle and voting preference.

After the Oct. 3 provincial elections, compiling the data collected from their app, they found evidence that points towards strong associations between certain lifestyles and the main political parties.

Nadjim Fréchet, a PhD student in political science at Université de Montréal, was part of the Université Laval research team that developed Datagotchi. He helped analyze the responses that nearly 95,000 users gave the app in just under a month. 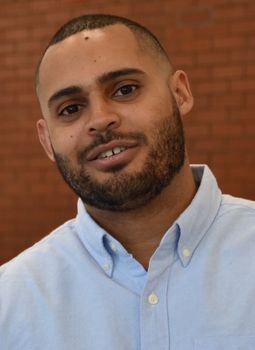 And the more people use Datagotchi, the more its predictive ability improves.

As voter participation increased in the course of the election campaign, the app’s research team was able to get remarkable success rates in accurately predicting which party people would vote for.

Testing elsewhere in Canada and globally

Over the next few months, the team plans to test Datagotchi in other elections, including in Ontario and British Columbia. Researchers have also expressed interest in using the app in countries such as Indonesia, Japan and Great Britain, whose political system is similar to ours.

Here in Canada, the Datagotchi team intends to test-drive its app on a national scale on two possible occasions: if the current minority Liberal government falls or when it reaches the end of its mandate in 2025.

Fréchet, a specialist in quantitative research, said that studying the relationship between evolving lifestyle habits and political allegiance is something new for political scientists in their approach to their discipline.

“Researchers are particularly interested in comparing Western and non-Western lifestyles and electoral preferences,” he said. “In the short term, the plan is to diversify our data collection sites and to make predictions about more than just voting preference.”

Fréchet added that he will continue to play a role in the project, training the app’s algorithms, developing the data collection infrastructure and analyzing the results.

“In today’s world, where social media and 24-hour news channels are ubiquitous, studying the role of lifestyle habits is an exciting new field of research,” he said. “Outside the U.S., there isn’t yet much scientific literature on the subject.”