A Canadian-led team of researchers finally identifies the molecular mechanism by which a key protein regulates LDL cholesterol. 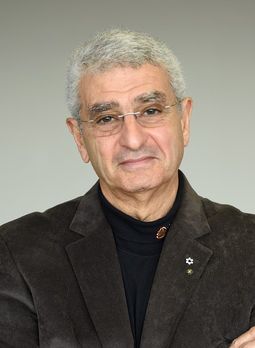 In a crucial step towards understanding the mechanisms involved in cardiovascular disease and certain cancers, a Canadian led research team has succeeded in a world first: they've found the molecular mechanism by which the protein PCSK9 degrades the receptor of low density lipoproteins, the richest cholesterol particles in the bloodstream.

The discovery by Nabil G. Seidah, director of the biochemical neuroendocrinology research unit at the Montreal Clinical Research Institute and a medical professor at Université de Montréal, is published in the January issue of Molecular Metabolism.

His work was done in collaboration with Carole Fruchart Gaillard and colleagues at the Université de Paris-Saclay's Department of Drugs and Technologies for Health, as well as with scientists in the pharmacy department of the University of Pisa, in Italy.

Low density lipoproteins, or LDL, can accumulate in the blood and lead to atherosclerosis and heart disease. The level of LDL and the cholesterol associated with it (LDLc), is directly modulated by the ability of LDL receptors (LDLR) to collect LDL from the bloodstream and internalize it, mainly into the cells of the liver. The surface LDLR drives LDL into the cell where it is captured, and the LDLR returns to the surface for another round of capture.

Most cases of familial hypercholesterolemia are related to LDLR dysfunction. But rarer cases have been linked to the PCSK9 protein, which Seidah's laboratory's discovered in 2003. PCSK9 is also present in the bloodstream where it associates with LDLR and promotes its degradation by liver cells, preventing it from returning to the surface to capture LDL. Some hypercholesterolemic patients have a "super PCSK9" that enhances the degradation of the LDLR.

In recent years, highly effective treatments have been available to patients that inhibit the function (called monoclonal antibody) or reduce the level (called RNAi) of PCSK9 in the bloodstream, resulting in larger amounts of LDLR that ensure a decrease in LDLc of more than 60 per cent compared to conventional statins.

Now the work of Seidah and his team lifts the veil on the previously misunderstood mechanism by which PCSK9 drags the LDLR towards the lysosomes, where cells degrade the PCSK9-LDLR complex.

A complex of three partner proteins

In their lab, Seidah and his team conducted structural analyses that revealed the formation of a complex of three PCSK9 partner proteins, including the LDLR, CAP1 and HLA-C.

A key protein in the immune system, HLA-C was found to play a critical role: it directs the entire complex to the lysosomes. HLA-C allows the recognition of the "self", and also stimulates the anti-tumor activity of T lymphocytes.

PCSK9, for its part, helps protect against the growth of tumours and associated metastasis by increasing the level of HLA-C on the cell surface.

Ultimately, the hope is that inhibitors can be developed that would prevent the interaction of PCSK9 and HLA-C and block the function of PCSK9 on LDLR and HLA-C.

That breakthrough could then be applied in clinical practice to treat cardiovascular pathologies as well various types of cancer and metastases in patients.