In a new documentary, UdeM history professor Bruno Ramirez profiles three Montrealers who came here from Italy in 1950s, bringing their leftist politics with them. 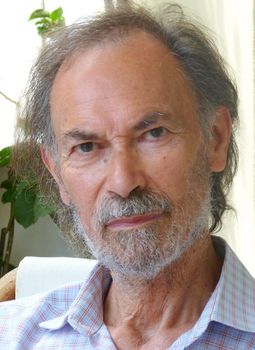 Now the Université de Montréal professor has written, produced and co-directed (with Giovanni Princigalli) Tre Compagni di Montreal. The hour-long documentary profiles three Montreal octogenarians who settled here in the 1950s and '60s and became firebrands for socialism in Quebec.

The first to look at how old-style leftist politics has survived in Italian communities in Canada, the documentary uses interviews, personal documents and public archives to delve into the life and times of "the three comrades."

When chef Giovanni Adamo, labour organizer Francesco di Feo and butcher Salvatore Martire came to Canada, they were leaving behind the poverty of southern Italy for the supposed prosperity of the New World. While illustrating the harsh conditions suffered by Italian workers and their families both before and after the Second World War, the film also takes a tender look at the three men's life now as pensioners and their concerns for their children and coming generations.

Not only did the three men maintain close relations with Italian socialist and communist parties since the war, they also founded local Montreal chapters of major Italian labour organizations such as INCA-CGIL and FILEF, and organized for progressive Canadian union federations and political parties, including Quebec's CNTU and the federal NDP. Di Feo also worked for the Caravan of Friendship Quebec/Cuba, helping Cubans overcome the hardships of the U.S. economic blockade under Fidel Castro.

Ramirez was born in Eritrea of Italian parents, grew up in Sicily, and studied in Rome, the U.S. and Toronto before coming to UdeM to teach in 1977. Putting the finishing touches on his new film in preparation for the premiere, he took a few moments this spring to talk to UdeM Nouvelles.

How did you get the idea for this movie?

A few years ago, my friend Giovanni [Princigalli] told me about these three gentlemen who met regularly at a butcher shop. They talked about politics, and that intrigued me. In their old age, Italian men usually sit around and play cards, gossip or talk about soccer. But these ones were talking about politics, both Canadian and Italian. So I said, 'I'd like to meet them.'

Did you think you'd have enough for a full hour?

No, I thought we'd just shoot them discussing things around the table at the butcher shop and make a short documentary on that. Then I found out more about their lives as immigrants and their enormous contributions to the Italian community here, so I decided to do a longer documentary. My idea was to show how this this culture of community-building, so common in Italy, has survived here.

Even more than in Italy perhaps.

Exactly, in Italy it exists less and less. The political situation there has gone through many transformations since the war and has become more and more confused. When the three gentlemen left Italy back in the '50s and '60s, things were much more clearcut: you were either a Catholic democrat or a leftist socialist or communist.

Did you find that the way they talk is also stuck in time?

I think so. They're more oratorial, more formal, especially Giovanni, the chef. In the film, when they get together at the table and raise a glass of wine – a wine they made themselves, of course – Giovanni is the one they want to make a toast, because he's very good at making speeches.

As activists, did the men sympathize with specifically Quebec causes?

More than sympathize. Francesco was very active in the CSN, Giovanni ran for the NDP and was very active during the 1980 referendum, and Salvatore was outspoken too. So were others in the community, like the playwright Marco Micone, who joined the PQ in the '70s.

Did you get to talk the wives, too?

Not all three, but we do interview one of them in the film: Giovanni's. While he was out doing politics, she was at home. We hear about the children, too, and what the three grandfathers think about their politics.

You make use of archives?

Yes, for example there's footage of the aftermath of a major industrial accident that happened in the 1960s and that affected the Italian community; four Italian labourers died. One of our gentlemen is actually in that footage, so it becomes like a film within our film.

Have they seen the movie yet?

No, we're in post-production right until the premiere. I think they'll like it. We didn't want to be critical of them; we wanted to respect their ideas, and if there's a little utopia in their ideas, why not? It's great to see old men who can still dream of better things.