Dealing with your emotions can help you avoid taking up the bottle, a new American study of Canadian teenagers finds, with help from UdeM's School of Public Health.

When you drink, do you get depressed? Or is it the reverse: when you're depressed, do you drink?

An eight-year study of close to 1,300 teenagers by Canadian, American and German researchers appears to indicate the latter, and points to a solution: self-awareness.

If people learn to recognize when they're in a funk and deal with it, they're less likely to self-medicate through alcohol, the authors of the study believe.

Co-authored by Jennifer O'Loughlin of Université de Montréal's School of Public Health, the study was published Nov. 11 in the Journal of Adolescent Health.

"We found that adolescents increased their drinking in response to short-term elevations that exceeded their 'normal' level of depressive symptoms," said O'Loughlin.

"But that they did not have more symptoms after short-term elevations in the frequency of their drinking," she continued.

"This is important because, if we can teach adolescents to recognize and cope with these short-term fluctuations in negative emotions, we can possibly prevent escalations in drinking." 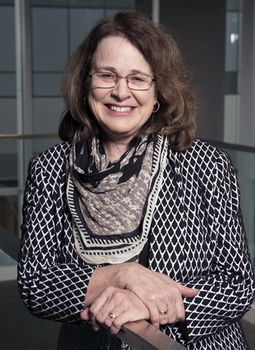 The new study looked at 1,293 Montreal high-school students who were followed between 1999 and 2006 by O'Loughlin in her Nicotine Dependence in Teens (NDIT) study, funded by the Canadian Cancer Society. The students were interviewed 20 times, every three months from Grades 7 through 11, about their consumption habits, including drinking.

With O'Loughlin and colleagues in Toronto and Kiel, Germany, addiction expert Robert Wellman of the University of Massachusetts Medical School used the data from those 20 sets of interviews to look at the timing of drinking and depressive symptoms.

"One of the challenges was to tease out the influence of 'interindividual' and 'intraindividual' factors affecting this relationship," said Wellman, the study's lead author. "Interindividual factors are differences between people, such as their sex, age, genetic makeup and psychological characteristics, while intraindividual factors are fluctuations that occur within a person, such as sleepiness or level of energy at a particular time of day."

He gave the example of blood pressure, which in most people follows a course over time that can be predicted by genetic makeup (did your parents have high blood pressure), sex (men tend to have higher blood pressure than women), age (blood pressure tends to rise as one gets older), and similar interindividual influences.

"Ours is the first study to demonstrate a relationship between depressive symptoms and drinking frequency after accounting for associations with the interindividual factors of sex, age, mother’s education, sensation-seeking, and impulsivity."

Almost half of teens drink

Many adolescents drink alcohol. In surveys, 45 per cent of students in Grades 7 to 12 in Canada have reported using alcohol in the preceding year. At the same time, it is common for adolescents to experience symptoms of depression, such as feeling sad or losing interest in activities they previously found engaging. Between 10 and 25 per cent of 8th to 10th graders in the U.S. have reported such symptoms.

Now, with this new study, that question is closer to being answered, the researchers believe.

"Untangling influences in the longitudinal relationship between depressive symptoms and drinking frequency in high school," by Robert J. Wellman et al, was published Nov. 11 in the Journal of Adolescent Health.