In Uganda, researchers uncover a possible evolutionary link to humans: like some of us, chimpanzee mothers pre-chew food for their young. It may even explain why we kiss.

Researchers led by an Université de Montréal primatologist have found that chimpanzee mothers in the wilds of Uganda pre-chew their food before feeding it to their young, a practice that may reflect their evolutionary connection to humans.

The study was published May 1 in the Journal of Human Evolution.

"We wanted to understand the sharing of pre-chewed food among our closest relatives — why chimpanzee mothers adopt this behaviour with their offspring and how often they do so — and then compare it with similar behaviour in humans," said first author Iulia Bădescu.

Complementing their feeding with breast milk, the chimp mothers' practice of pre-chewing their food is "a compulsory care strategy," said Bădescu, an associate professor in UdeM's Department of Anthropology.

The sharing of pre-chewed food by mothers with their young has been observed in female orangutans, and more rarely in other great apes, such as gorillas, chimpanzees and bonobos. But most references in the scientific literature are anecdotal.

"I first noticed this behaviour in Uganda's Kibale National Park in 2013, while collecting data for my doctoral thesis," Bădescu recalled, adding she was fascinated by what she saw because she had never heard of it before in apes.

She then documented the behaviour in 62 mother-infant pairs of chimpanzees through 2018, helped by two graduate students from her laboratory, Kelly Desruelle and Cassandra Curteanu, co-authors of the new study. 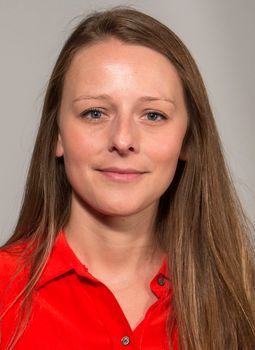 Among the observations they made in the wild, the researchers noted that chimpanzee mothers share food with their offspring that is difficult to swallow or food that they cannot chew themselves, most often done with staple foods.

They also noted that mothers usually adopt this behaviour with younger offspring, "indicating that sharing premasticated food in chimpanzees is important for the offspring as they move from a milk-only diet to a diet that also includes solid foods."

The more experienced chimpanzee mothers, those with more than one offspring, pre-chew food more frequently, the researchers noted.

This behaviour may have benefits for the immune system and growth of young primates, who take in their mother's saliva with their food, or may help mothers wean their young more quickly by giving them food that is easy to ingest and digest, the study suggests.

Bădescu, whose work was featured last fall in David Suzuki's show The Nature of Things, on CBC-TV, draws a parallel between these practices and those in humans. "Nowadays, we often crush or grind the food, but in many cultures, parents still share it pre-masticated," she said.

The practice has probably had a "huge effect on human evolution," she added.

Although it exists in other animals such as birds and wolves, "studying it in chimpanzees gives us valuable insights into the evolution of complementary feeding in humans, which is an important evolutionary strategy for our species."

On a less scientific note, Bădescu evoked an "interesting idea, but one that was not mentioned in the article" — namely, that premastication is a primitive form of romantic, mouth-to-mouth kissing.

"An Austrian researcher, Irenäus Eibl-Eibesfeldt, has hypothesized that kissing between adults is a behaviour rooted in childhood, when mothers, but also other family members, share pre-masticated food with their children," the primatologist said.

Something else to chew on, no doubt.

Français
Previous A new course on the pandemic May 19, 2020
Next Tracking cancer’s immortality factor June 3, 2020
Share