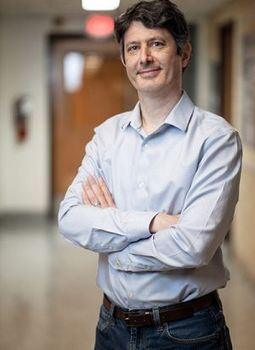 Canadian scientists have achieved a first in the study of telomerase, an essential enzyme implicated in aging and cancer.

A flaw in the replication of chromosomes means that they get shorter  with each cell division. If nothing is done to correct this error, replication stops and cells go into a state called senescence, a hallmark of aging. Normally, telomerase adds extra DNA to the ends of chromosomes to prevent this problem, but as we age our bodies produce fewer of them.

Cancer cells, on the other hand, become immortal by switching telomerase back on, allowing cells to divide indefinitely. This re-activation is among the first steps that direct cells to become cancerous, but the process remains poorly understood. If researchers knew more about it, they could offer hope for some form of therapy to combat it.

Now an Université de Montréal team led by biochemistry professor Pascal Chartrand, in collaboration with cell biologist Agnel Sfeir at the Skirball Institute in New York, has succeeded in tagging telomerase with several ultrabright fluorescent molecules – something that’s never been done before.

“With this technological breakthrough, we observed that telomerase continuously probes telomeres, but becomes engaged at the ends of chromosomes following a two-step binding mode,” said UdeM biochemist Hadrien Laprade, who, with his colleague Emmanuelle Querido,  conducted the experimental investigations.

In their study, the scientists also show how mutation of a telomeric regulatory factor results in an unrestrained access of telomerase to the tips of telomeres, an event that promotes tumorigenesis.

“This new technology now provides sufficient details of how a key actor in cancer works at the molecular level, the first step in developing novels therapeutic strategies to thwart its activity,” said Chartrand.

“It could take years before we get there, but this is an important first step.”

Français
Previous Something to chew on May 21, 2020
Next Geneviève Deblois and David Knapp become IRIC researchers June 4, 2020
Share