Run from UdeM’s School of Social Work, the Observatoire sur les profilages gets a $2.5-million grant from the Social Sciences and Humanities Research Council of Canada.

For the next seven years, the Observatoire sur les profilages will benefit from a $2.5-million partnership grant from the Social Sciences and Humanities Research Council of Canada, allowing it to pursue its research into discriminatory profiling and initiate new studies.

"Thanks to this grant, the Observatoire will be able to continue its mission, which is to monitor and keep a watchful eye on the profiling practices to which people fall victim in Quebec and Ontario,” said its director, Céline Bellot.

The grant will ensure that the organization remains able “to promote changes in policies and ways of doing things that make this systemic discrimination possible within organizations,” said Bellot, a professor and director of UdeM’s School of Social Work. 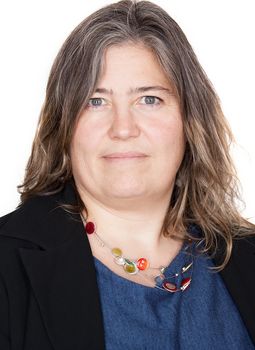 The observatory is a coalition of university, community and institutional organizations interested in all forms of profiling in variety of sectors, including the police, justice, correctional services, youth protection, social assistance and the health and social services network.

In this context, profiling is defined as any measure applied by an individual or group on the basis of prejudice and stereotypes, and resulting in differential treatment, i.e., treatment other than that expected.

“The Observatoire sur les profilages essentially serves to document each type of profiling, to promote the sharing of knowledge and to contribute to the fight against discriminatory practices,” said Bellot.

It helps fuel debates and reflections on social issues by supporting the participation of profiled individuals, and by working to make their experiences and the repercussions of profiling on individuals and communities visible, she added.

The organization’s research projects aim to quantitatively and qualitatively document profiling practices and their effects on communities.

"Quantitatively, we are making observations in various sectors – from police services to youth protection, prisons, health and immigration networks – to try to understand the processes by which certain groups are over-represented in punitive or exclusionary dynamics," said Bellot.

One goal is to understand why aboriginal people and people on social assistance are more often imprisoned or kept in detention. Another is to see why racialized or marginalized people are arrested, or why they are more likely to receive visits from youth-protection officials.

At the qualitative level, the observatory’s researchers in law, sociology, criminology, political science and geography collect accounts of the experiences of profiled individuals and testimonies from communities that are collectively affected by them.

“In the context of the tragic death of George Floyd (during an arrest by police) in Minneapolis, many testimonies open our eyes to how community profiling is reflected,” said Bellot.

“In black communities, for example, we see that discrimination has the effect of encouraging parents to teach their children from an early age how to deal with the police.”

Through its research, the observatory tries to find ways to combat profiling, in particular by placing its institutional partners in role-playing situations that raise their awareness of systemic biases and their consequences.

The objective is to reconstruct the decision-making processes that lead the people in authority  to act in a discriminatory manner – and ultimately, to correct these situations.

Said Bellot: "We’ve created a strategic learning community of researchers, advocacy organizations, individuals and profiled communities in order to ensure and advocate for a more just and supportive society.”

Six times as many researchers

The Observatoire has been in existence since 2013, when it was awarded a Partnership Development Grant from SSHRC. At its inception, it had six researchers; today, it benefits from the contribution of 36 researchers and 19 partners and advocacy organizations, as well as the collaboration of four government departments.

Among its many accomplishments, it identified the major issues around the imprisonment of homeless people for unpaid fines – an effort that eventually led to Quebec’s Bill 32, which put an end to this discriminatory practice.

Racial profiling: any action taken for reasons of safety, security or public protection that is based on stereotypes based on race, colour, ethnicity, religion, place of origin or a combination of these factors rather than on reasonable suspicion, with the aim of isolating a person for the purpose of special scrutiny or treatment. (Commission des droits de la personne et des droits de la jeunesse du Québec, 2005)

Social profiling: any action or attitude triggered by visible signs of poverty or marginality; for social profiling to occur, it is sufficient for a person in a position of authority to assign a homeless identity to an individual on the basis of visible signs such as physical appearance, behaviour, attitude and dress. (Commission des droits de la personne et des droits de la jeunesse du Québec, 2009)

Political profiling: any measure taken by a person or persons in authority with respect to a person or group of persons for reasons of safety, security or public protection that is based on factors such as political opinion, political beliefs, allegiance to a political group or political activities, without any real reason or reasonable suspicion, and that has the effect of exposing the person to scrutiny or different treatment.