To better understand the properties of blood cells, an international team led by UdeM’s Guillaume Lettre has been examining variations in the DNA of 746,667 people worldwide.

What’s the risk of different human populations to develop a disease? To find out, a team led by Université de Montréal professor Guillaume Lettre created an international consortium to study the blood of hundreds of thousands of people worldwide.

In one of the largest studies of its kind, published today in Cell, close to 750,000 participants from five major populations — European, African, Hispanic, East Asian and South Asian — were tested to see the effect of genetic mutations on characteristics in their blood.

These characteristics include such things as hemoglobin concentration and platelet counts.

"Each human population is subject to different environments,” said Lettre, a researcher at the Montreal Heart Institute.

“Over thousands of years,” he said, “these environmental pressures have resulted in the progressive appearance of variations in DNA, called genetic mutations, which can influence our physical characteristics, such as skin size or color, but also our risk of getting certain diseases.”

He added: “This observation (of how the environment affects how people’s appearance and health vary in different parts of the world) represents the cornerstone of the theory of evolution by natural selection proposed by Charles Darwin in 1859.”

The consortium founded by Lettre and his colleagues chose to study 15 characteristics of blood cells because previous studies had already uncovered mutations whose consequences were limited to certain populations. 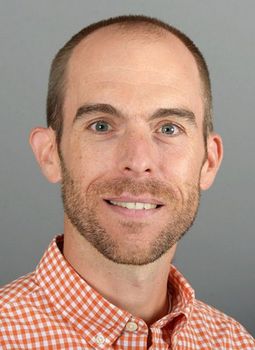 By testing more than 45 million genetic variations in each participant, Lettre and his collaborators have found more than 5,000 mutations in human DNA that affect the blood characteristics of populations around the world.

Done in conjunction with another study focusing exclusively on individuals of European origin, the new study shows that the vast majority of mutations associated with blood cells were common to all five major population groups.

But aside from these, the researchers also found about 100 mutations whose effect was restricted to certain populations and which, it turns out, are not found in people of European descent.

For example, in individuals of South Asian origin, the researchers identified a mutation in the interleukin-7 gene that stimulates the secretion of this molecule and thus increases the levels of lymphocytes (a type of white blood cell in the immune system) circulating in their blood.

"Of course, this kind of mutation can affect the health of people of South Asian origin,” Lettre noted. “It’s thought that this mutation could influence their capacity to resist certain infections or develop diseases like blood cancer.”

However, he cautioned, “these are, at present, only hypotheses, as researchers do not have the capacity to test them, given the immense costs and the difficulty of finding participants for this type of study.”

By comparing the genetic results obtained in each population, the researchers were able to prioritize certain genes that appear to have an overall effect on blood cell production.

This will make it possible, over the long term, to improve ways of predicting the risk of suffering from certain diseases and to develop new, more effective treatments.

Here again, however, major investments in research will be required to analyze the consequences of these mutations on the health of these population groups.

Another major obstacle will be to convince researchers how important it is for all population groups globally to be included in these types of genetic studies.

"Despite the size of our study, the vast majority of participants — about 560,000 out of 740,000 individuals — were of European origin,” Lettre noted. “This necessarily introduces a bias into the study.”

In the future, he said, “we hope to work with populations that have been little studied so far — for example, East African populations or indigenous peoples — in order to shed light on new genes that regulate blood cells.”

One thing is clear, he concluded: in order to better understand human diseases and to ensure that everyone, regardless of ethnic origin, is able to benefit from advances in genetics and precision medicine, diseases will have to be studied in all populations worldwide.

The article "Trans-ethnic and ancestry-specific blood-cell genetics in 746,667 individuals from 5 global populations", by Ming-Huei Chen, Laura M. Raffield, Abdou Mousas et al, was published Sept. 3, 2020 in Cell. The study was funded by the Canadian Institutes of Health Research.

Français
Previous Getting a doctorate in ‘decentralized’ veterinary medicine September 3, 2020
Next Music in times of pandemic September 9, 2020
Share