Some sellers of Illicit tobacco sometimes use the dark Web to establish contacts, but most sell and deliver in person, an UdeM study finds.

The dark Web holds little appeal for criminals specializing in the illicit sale of tobacco, according to a study by criminologists at Université de Montréal.

While online sales channels for other black-market products have multiplied in recent years, the dark Web isn’t a popular platform for tax-free tobacco, the study says.

It was conducted by Professor David Décary-Hétu, in collaboration with Rasmus Munksgaard and Vincent Mousseau, all of UdeM’s School of Criminology, and published in December 2019 in Trends in Organized Crime.

Using automated Datacrypto software he developed himself, Décary-Hétu scoured the dark Web in the summer of 2018 to see if resellers of tobacco products had diversified their activities. 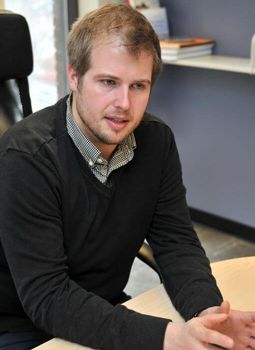 The software targeted the eight largest dark Web cryptomarkets to obtain data not just on tobacco products but on all illicitly sold products, revealing everything from the profile of each seller to feedback from buyers.

But tobacco traffickers and the number of products they offer are negligible compared to others: only 14 vendors offered tobacco products, or 0.4% of the total. And these vendors had only 204 products classified as cigarettes, cigars or roll-your-own tobacco.

The data collected also revealed that the average monthly income of a tobacco vendor was $2,830 U.S., five times less than the $14,912 U.S. a month earned by the average  non-tobacco vendor.

“Most importantly, these data show that illegal tobacco sellers make little use of the dark Web to conduct their operations,” said Décary-Hétu.

According to him, it’s possible that tobacco sellers use the dark Web to establish contact with potential buyers, but sales and deliveries are mostly made in person.

“These networks either source legal products sold at lower cost in some countries for resale in countries where tobacco taxes are high, or they source counterfeit or illegally manufactured products,” Decary-Hétu said.

Each country is different

Previous research has shown that the illegal trafficking of tobacco products has varied greatly over time from one country to the next. In the last 20 years, the share of illicit sales has ranged from five to 50 per cent of what’s on the market.

In countries such as Canada, the United Kingdom and Australia, as well as in Europe, the proportion of smokers of illegal tobacco products is equivalent to five to 20 per cent of the legal market.

In emerging countries such as Brazil and India, this proportion can be as high as 30 per cent. Globally, it is estimated that the annual loss of tax revenue from tobacco-related products amounts to $40.5 billion U.S.

“Our study highlights the fact that illegal tobacco trafficking is essentially carried out outside the Web because the normal distribution networks have been in place for several decades,” said Décary-Hétu.

“The dark Web is at the centre of a coordinated battle against illicit trafficking led by legislators,” he concluded. "But when it comes to tobacco, they’d be better off targeting other networks.”

“Diversification of tobacco traffickers on cryptomarkets,”by David Décary-Hétu et al, was published  in December 2019 in Trends in Organized Crime.