UdeM researcher Anick Bérard receives $3 million to study the use of medications by expectant mothers in Canada, analyzing data from 1998 through 2020 in five Canadian provinces. 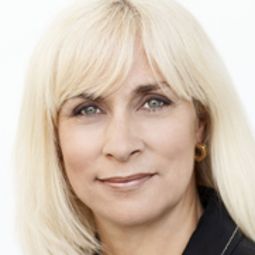 Calling her study “vital,” the federal government today awarded Université de Montréal professor Anick Bérard, of the Faculty of Pharmacy, $1.2 million to look at the use of medications by expectant mothers in Canada.

With an additional $1.8 million from partner organizations, Bérard and her research team at UdeM-affiliated CHU Sainte-Justine children’s hospital will gather and analyze data collected on over four million pregnancies in Quebec, Ontario and the three Prairie provinces since 1998.

As well, the team will establish an active surveillance system to rapidly and accurately identify epidemiologic signals that will help policy-makers better evaluate the risks and benefits of mothers taking medications during pregnancy.

The new research infrastructure will be called the Canadian Mother-Child Cohort – CAMCCO for short. It’s two-fold, developing and putting in place the five provincial cohorts for researchers to use and the surveillance system for decision-makers to use.

This “vital study” will fill a major “knowledge gap,” said the funding body, the Canada Foundation for Innovation (CFI), since “more than 75 per cent of pregnant women take medications for which we do not know the risks or benefits to mother or baby.”

It continued: “This study will inform the revision of health guidelines and policies to improve how we use and prescribe medications during pregnancy and childhood, leading to a healthier start in life for children and a healthier population.”

Her new project is one of 102 from 60 Canadian universities, colleges and research hospitals awarded over $518 million in research grants through the CFI announced today by Prime Minister Justin Trudeau.

He was accompanied by François-Philippe Champagne, the federal sciences and industry minister. The announcement was followed by a virtual discussion between Champagne, Bérard and her colleagues at York University and the University of Calgary.

Among the other funded projects are one to speed up production of vaccines (CHU de Québec and Université Laval), one to track climate change using ocean sensors (Dalhousie University), and another to build a laboratory to test the creation of “smart” campuses (University of Ryerson).

We asked Professor Bérard about her new grant and what she intends to do with it.

Big numbers don’t faze you: you’ve already studied the use of prescription medications in over half-a-million cases in the Quebec Pregnancy Cohort. How will your new project be different?

With the Canadian Mother-Child Cohort (CAMCCO), we’re aiming to put in place standardized and harmonized longitudinal pregnancy cohorts in five provinces: Quebec, Ontario, Manitoba, Saskatchewan and Alberta. Based on the Quebec Pregnancy Cohort model, these cohorts will include billing, medical, hospital, birth certificate and sociodemographic data on approximately four million pregnant women, mothers and children. Having these data will be essential for studying rare adverse pregnancy outcomes such as birth defects.

Existing Canadian data is insufficient to that task?

The universal health care system in Canada, which is mostly administered by the provinces, gives a wealth of real-world data that can be used for research and policymaking. But these data are not now readily organized for the purposes of research; before they can be used, they need to be standardized and harmonized. That’s where CAMCCO comes in: once it’s completed, researchers will finally be able to carry out truly pioneering research on the use of medications during pregnancy and do so in a timely manner. As well, by standardizing and harmonizing the various cohorts we’ll be able to set up an online surveillance platform to identify signals that will help policymakers better evaluate all the attendant risks and benefits.

Who are your partners in this project and what do they each have to contribute?

CAMCCO includes investigators from six institutions: UdeM, with myself as principal investigator; McGill University, with Sasha Bernatsky and Évelyne Vinet; University of Ottawa, with Mark Walker, Steven Hawken and Anne Sprague; the University of Manitoba (Sherif Eltonsy and Dan Chateau); the University of Saskatchewan (Brandy Winquist); and the University of Alberta (Padma Kaul). We also have collaborators from Health Canada and from the U.S. Food & Drug Administration’s Sentinel Initiative, through Judith Maro of Harvard Medical School. With five provincial mother-child cohorts to be standardized and harmonized, investigators in each province will be responsible for the accuracy, confidentiality and privacy of their data. All CAMCCO investigators will be involved in harmonization and research, and collaborators will provide expertise in perinatal epidemiology. Coordination and the surveillance platform will be based in Montreal at CHU Sainte-Justine.

Will you be looking at other factors that bear on pregnancy – things like diet, lifestyle and smoking – and their interaction with prescription medication use?

Although such data are not systematically collected in the provincial databases we’re accessing, CAMCCO does plan to collect data on lifestyle, smoking, alcohol use and folic acid use in representative samples of pregnant women within each province in order to estimate their impact on the research overall. Our main focus now is medications and pregnancy, but by building pregnancy cohorts dating back almost a quarter-century we’ll also be able to study other medical interventions and uses as well as longer-term outcomes such as metabolic and rheumatic diseases and asthma, to name a few.

What is the timeline for your research; when do you expect to publish your findings?

We started CAMCCO in the spring of 2019 with seed funding from the Canadian Institutes of Health Research and Health Canada, and very soon we will be submitting the description of the infrastructure and our baseline results for publication. As for standardizing and harmonizing the five provincial mother-child cohorts, that will take three years, including the time needed for training personnel, research fellows and graduate students. The online surveillance platform will be put in place faster – we expect it to go live sometime this fall – and this summer we’ll start to see results regarding the risks and benefits of using opioids during pregnancy, maybe even of COVID-19 medications and vaccines.

About this funding and CFI

A full list of projects funded by the Canada Foundation for Innovation, along with stories about the research of Anick Bérard and other grant recipients – is available at Innovation.ca. The CFI has been funding Canadian researchers for more than 20 years through investments in facilities and equipment in the country’s universities, colleges, research hospitals and non-profit research institutions.