Researchers at the University of Montreal and the Montreal Botanical Garden have discovered a new chemical mechanism used by roots of white lupin to clean up arsenic-contaminated soils.

Pollution of soils with highly toxic arsenic is a worldwide problem generating substantial risks to human health and the environment.

In Canada, over 7000 sites contaminated with metals such as arsenic are considered ‘highly concerning’ by the government, with some past and recent mining operations and wood preservative facilities having left their mark on the environment by increasing soil arsenic levels by up to 1000 times the maximum regulatory health limits.

One way in which arsenic contaminated soils could be rejuvenated is to exploit natural mechanisms which have evolved in certain plants for contamination tolerance.

“The legume crop white lupin (L. albus) is one such arsenic tolerant plant species being studied as for sustainable remediation”, explains Adrien Frémont, lead author of the study and a doctoral student in biological sciences at the Université de Montréal. “The mechanism behind arsenic tolerance in white lupin is thought to be the release of plant chemicals directly into soil by roots, but the nature of these compounds is unknown and hard to study due to the complexity of these belowground interactions.” 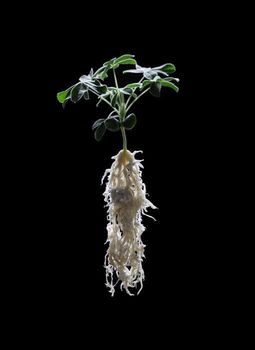 To study this, the team developed nylon pouches which could be placed close to roots in soil to capture exuded molecules without damaging the root system.

To study this, the team developed nylon pouches which could be placed close to roots in soil to capture exuded molecules without damaging the root system. The complex mix of molecules collected from these pouches were analysed using advanced (metabolomic) chemical profiling to identify the compounds capable of binding metals produced by the Lupin plants in response to high concentrations of arsenic. Some of these metal-binding molecules, phytochelatins, are known to be used internally by plants to deal with metal stress but have never before been captured as exuded into polluted soils.

“We’re really excited to see how matching new root-soil sampling approaches with advanced metabolomic profiling can yield such unexpected discoveries”, notes Frémont. “We know that plants can drastically change soil properties and can transform or immobilise soil pollution, but the chemistry underlying how they achieve this, and in particular the makeup and function of root-exuded compounds, is still very much an undiscovered country.” 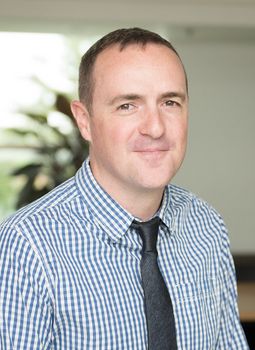 The next steps of the research are to branch out into more detailed analysis of the precise chemical reactions taking place at the root-soil interface, including exploration of different plant species, interactions with microorganisms and the challenge of diverse soil pollution.

As Dr. Nicholas Brereton, University of Montreal and the study’s senior author, mentions: “It can be a real challenge to research the complex interactions going on belowground between plants and soil, but these findings are rewarding in telling us that natural mechanisms have evolved in plants to deal with this type of pollution. Although we’re still only just beginning to scratch below the surface of how these plant root strategies work, as we learn more, we can potentially utilise these natural processes to improve soil health and help to alleviate some of the most persistent anthropogenic damage to our environment.”

“Phytochelatin and coumarin enrichment in root exudates of arsenic-treated white lupin” by Adrien Frémont et al., was published in August 2021 in the journal Plant, Cell and Environment.

The research was supported by funding from the Natural Sciences and Engineering Research Council of Canada, MITACS, Hydro-Québec and Natural Resources Canada Forest Innovation Program.