Physical activity is good not only for the body but also the mind. Professor Isabelle Doré explains why exercise is good for mental health and which activities are best.

Mental health disorders such as psychological distress, anxiety and depression are on the rise throughout the industrialized world, with damaging personal, social and economic effects.

While there are a variety of treatment strategies, including pharmacotherapy and psychotherapy, they are not always fully effective. In addition, the stigma around mental health discourages many people, especially teens, from seeking help.

So more must be done to promote psychological well-being and prevent the onset of mental health disorders. And there is a growing body of literature on the effectiveness of physical activity as a means of prevention. 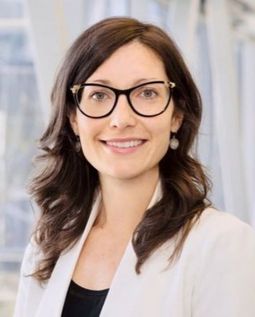 In a talk given in September as part of Université de Montréal’s Belles heures lecture series, Isabelle Doré, Assistant Professor in the School of Kinesiology and Physical Activity Sciences and in the Department of Social and Preventive Medicine at the School of Public Health, discussed the effectiveness of physical activity for improving mental health and outlined the underlying mechanisms.

“A number of studies have shown that physical activity interventions can help reduce symptoms of depression,” she noted. “According to these studies, three mechanisms account for the link between fitness and mental health.”

The first is biological: “Movement promotes optimal neurotransmitter activity, including the secretion of cortisol and endorphins, which reduce pain and stress,” Doré explained.

The second is psychological: physical activity can interrupt negative thoughts. “The concentration that physical activity demands opens the way to new possibilities and solutions, reduces stress, and builds a sense of competence and self-control, which are known to improve mental health and reduce depressive symptoms,” Doré said.

She stressed that setting a goal and only partially achieving it still yields psychological benefits.

The third mechanism involves the interactions produced by group or team sports, which afford opportunities to expand and broaden a person’s social support network in times of need.

“The bonds formed in sports groups, organized or not, also foster a sense of belonging,” Doré noted. “Knowing that you are part of a group or club where people have common interests creates social cohesion, which is one of the main determinants of mental health.”

Most physical activity is beneficial

However, some types of physical activity offer mental health benefits and others do not, regardless of the level of intensity.

The research literature tends to show that sports and recreational activities are beneficial, as is active transportation, as long as it is safe and not stress-inducing. The scientific evidence on household tasks is more mixed, but it suggests that housework can be a useful gradual fitness-improvement strategy for people who are less active or have physical limitations.

On the other hand, there would appear to be no quantifiable mental health benefits from work-related physical activity. In fact, some unrewarding, exhausting and repetitive jobs are associated with adverse effects.

In short, physical activity is a new way forward for preventing mental disorders and promoting psychological health. Unlike medication, there is no stigma attached to physical activity. And it requires only a change in behaviour — a decision to move — and facilities and resources that are already available.

Individual physical activity, such as jogging, and team sports are strongly associated with better mental health, according to Prof. Doré, the recipient of the Quebec Population Health Research Network’s award for best doctoral thesis on population health in 2018.

However, the same amount of activity performed in an informal group can be even more beneficial. For example, activities in outdoors groups, lunchtime walks or games with coworkers or group yoga provide a setting that supports mental health through the social interactions and enjoyment they afford.

Doré pointed out that it is never too late to get active and stressed the importance of promoting free active play for young and old alike.

“The idea of free, child-initiated play is under threat today,” she said. “Games that give free rein to imagination and creativity, and involve some level of risk, let children push their limits and develop independence. They are also among the best predictors of desire for physical activity later, in adolescence and adulthood.”

More broadly, Professor Doré advocates for environments to be transformed to support psychological well-being – in the schools, in the workplace, and in municipalities, which have an important role to play.

“For example, we could focus more on promoting the Dutch concept of the Woonerf — the ‘living street,’ where people can sit, play or ride their bikes in complete safety — so that people of all ages can reclaim their living environment,” Prof.. Doré concluded. “Access to nature and open spaces must also be facilitated.”