Research associate Loïc Albert and doctoral students Olivia Lim and Stefan Pelletier see their proposals accepted for the use of NASA’s ultra-sophisticated probe.

Three projects from Université de Montréal have been selected by the Canadian Space Agency (CSA) to help inaugurate NASA’s James Webb Space Telescope, to be launched Oct. 31 aboard the Ariane 5 rocket.

The James Webb is the first of a new generation of space telescopes capable of collecting images in the infrared and is “the most powerful and complex space telescope ever built,” the CSA said in its announcement.

Although the telescope’s launch has been postponed before, there is hope this time it will go ahead as scheduled.

"It's very exciting, because the use of this instrument opens a door to new knowledge in astrophysics," says Loïc Albert, a research associate at UdeM and former student at its affiliated Institute for Research on Exoplanets (iREx).

He received the news his project was accepted by email, a few days before the official announcement March 30, when NASA made public the list of 286 requests it had received for participation in the first year of operation of the telescope.

Of these, 10 projects are led by a Canadian principal investigator; half are based in Quebec. At UdeM, besides Albert, they include doctoral students in physics Olivia Lim and Stefan Pelletier. The other two Quebec projects are being led by researchers at McGill and Bishop's universities.

By being selected, the Canadian researchers are essentially granted observation time on the James Webb, a solar-orbiting instrument, 1.5 million kilometers from Earth. They will also get a research budget.

We asked Albert, Lim and Pelletier to describe their projects.

Olivia Lim will search for traces of extraterrestrial life 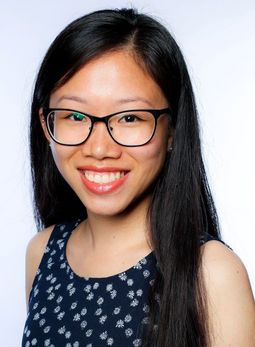 Olivia Lim is in her second year of doctoral studies in physics, under the direction of iREX founder and UdeM physics professor René Doyon. Her James Webb project involves tracking the star Trappist-1, 39 light-years from Earth in the constellation Aquarius.

In its system of Earth-sized planets, located in a zone that is neither too hot nor too cold, the red dwarf Trappist-1 has ia number of interesting features for those looking for signs of extraterrestrial life.

“If there's liquid water, there could be life,” says Lim, who made a direct transition to pursuing a PhD after graduating from UdeM with a bachelor's degree in physics in 2019.

She does not expect to see any evolved life forms, but perhaps some evidence of conditions conducive to their development.

Her observations will be made using transit spectroscopy. She will have a total of 53.7 hours of observation, the time necessary to collect data on eight “transits,” or passages of an object in front of a larger one that results in a change in luminosity. 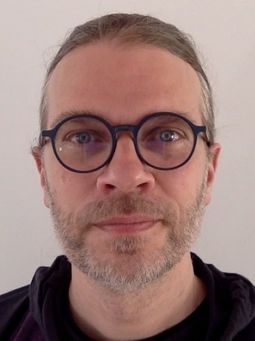 Very common objects in space, but discreet because they emit almost no light, brown dwarfs are in a class halfway between giant planets like Jupiter and stars.

“It's impossible to see them with the naked eye when you look at the sky and they are not very visible even with most terrestrial telescopes,” says Loïc Albert, who did his PhD at UdeM before becoming a research associate here.

The brown dwarfs will be visible thanks to the James Webb's ability to detect infrared. Albert's project consists of scanning 20 of these stars in order to find “companions,” or objects that would orbit around them.

“We want to know if there are other objects in their vicinity; if so, what kind of objects are they? These are observations that are impossible to make on Earth."

If all goes well, the 39 hours of observations allocated for his research project will take place during the years 2022 and 2023. 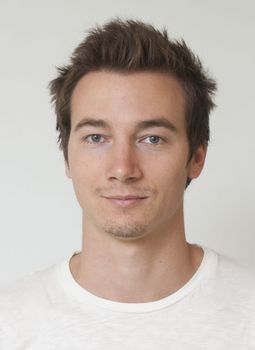 In his third year of doctoral studies in physics at UdeM under the direction of Professor Björn Benneke, Stefan Pelletier will see his thesis project take on another dimension with the allocation of observation time via the James Webb space telescope.

He is interested in the hot giant planets located outside the Solar System. “They’re so close to their star that their average temperature exceeds 1,000°C,” he says. “All the existing water is in gaseous form, i.e. in vapor.”

Pelletier's target is a planet located 522 light-years from Earth that is relatively well known to astrophysicists, as it has been studied since its discovery in 2016. Its name is WASP-127 b.

The James Webb will allow for new and more precise observations, including the presence of carbonaceous molecules.

“Our goal is to observe WASP-127b in the infrared from space to measure the abundance of these molecules – this will allow us to better understand the composition of its atmosphere,” says Pelletier.

“It could tell us about the formation of such unique planets, which is currently one of the great mysteries in exoplanet science."

His project calls for 13.1 hours of observation, the time needed for a single transit.