Maternal pheromones play an important role in infant sociability, according to a new study at CHU Sainte-Justine.

Maternal pheromones enhance synchrony between the infant's and the mother's brains, suggesting their role in the development of the baby's "social instinct" and opening the door to new therapeutic strategies for developmental disorders.

That's the finding of new study by Guillaume Dumas, a medical professor at Université de Montréal and neuroscientist at its affiliated CHU Sainte-Justine children's hospital research centre, working in collaboration with the Interdisciplinary Center Herzliya, in Israel.

The study is published today in Science Advances. 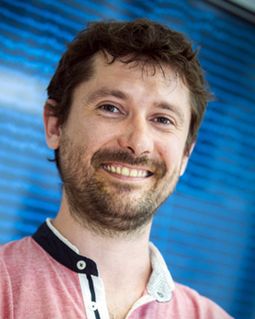 A mother’s body odours are important signals for a child's sense of security and social recognition, but their role in the social maturation of the human brain is largely unknown.

“Using recordings of the brain’s electrical activity, we studied the effect of maternal pheromones on the social interactions of infants with their mothers, and then with unknown adults with or without maternal body odours,” said Dumas, an assistant professor in the Department of Psychiatry and Addiction at UdeM.

"The mother-infant interaction resulted in significant brain-to-brain synchrony – more than that between an a stranger and an infant," he said. "However, we show that the presence of maternal pheromones can increase this synchrony in stranger-infant cases, even when the mother is absent. It is also accompanied by greater social responsiveness, positive stimulation, and feelings of security and closeness in the infant.”

Thus, olfactory chemical cues may support the transfer of the immature mother-infant socialization to that of life within social groups, Dumas added.

For social mammals, a key function of the mother-infant bond is to adapt the infant’s brain to life in a community and to create mechanisms for detecting safety and danger.

Our distant cousins, the primates, depend on the help of “allomaternal care” to raise their young. Females must pass on this external control function to other adults in the social group and imbue them with familiarity and security.

Body odours are thus ancient chemical signals of Homo sapiens that trigger complex neuronal changes whose functions are to strengthen social bonds with relatives, increase the importance of contextual cues, and signify the mother and the habitat. Odours are the only sensory cues that can represent the mother in her absence.

"Our results confirm that inter-cerebral mechanisms are linked to the development of the child's social brain and that maternal pheromones can transfer this immature social instinct from the mother-infant bond to other social contexts, thus paving the way toward new neurochemical interventions in developmental disorders with social impairments such as autism," said Dumas. "In particular, we could isolate maternal pheromones as sprays and use them to modulate social motivation in children.”

He added: "We are continuing our research to elucidate the biological mechanisms of these inter-brain synchronies, including recording the electrical activity of the infant's brain in the presence of more than two people, such as both parents and the clinician.

Français
Previous Equal at birth and in death December 14, 2021
Next Three videos ahead of the James Webb Space Telescope launch December 20, 2021
Share