Women will achieve parity with men as Canada Research Chairs at the University of Montreal this year.

Seven years ago, in 2015, women accounted for only 20 per cent of Canada Research Chair (CRC) holders at the University of Montreal. Thanks to a permanent process that was established to ensure equitable access to the chairs, male-female parity will be achieved by the end of this year. Given the length of the appointments, parity should be maintained until 2029, the next deadline for the federal program, and beyond.

The University’s current evaluation and award process was introduced when the Canada Research Chairs Program (CRCP) announced new targets for women and three other groups—racialized minorities, persons with disabilities and Indigenous Peoples. 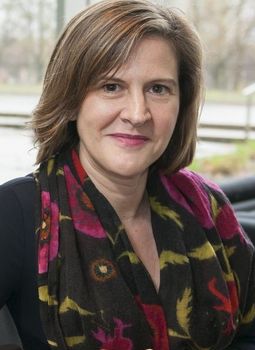 Removing barriers to candidacy and success for women as well as for members of the other designated groups was among the goals Marie-Josée Hébert set when she was appointed Vice-Rector, Research, Discovery, Creation and Innovation in the fall of 2015.

“One of the priorities I set, in cooperation with my colleagues in the Rector’s Office, was to design and embed best practices in equity, diversity and inclusion,” said Hébert. “So recognizing the excellence of research conducted by women—a prerequisite for of our university’s development—was at the core of our approach.”

Steps have therefore been taken since the beginning of 2017 to make the processes of awarding the chairs more transparent. Everyone now knows the rules and a procedure has been established to inform all researchers of chairs as they become available, the fields of research, and the faculties’ priority themes for each competition. In addition, candidates now submit their applications directly to the Vice-Rector.

“We have been very proactive in this regard, even before the CRCP tightened university accountability and reporting requirements,” said Hébert.

A college of reviewers has also been set up and applications are evaluated by independent peer review committees. Members of the committees receive training to heighten their awareness of unconscious bias. As well, career breaks for any reason and any life circumstances that may affect applications are given due consideration.

Excellence above all else!

Before the new evaluation and award process was introduced, few women and members of the other designated groups applied for a CRC. The number has since increased significantly.

“The ultimate criterion for awarding a Canada Research Chair is—and always will be—excellence,” Hébert stressed. “The quality and diversity of our researchers in many fields of research put us in a strong position to obtain the new chairs that will soon be offered by the CRCP, and the researchers whose applications we put forward will continue to reflect the diversity and pluralism of the research done here.”

“The University of Montreal will continue to promote and highlight the role of women in research and research-creation, particularly by improving the research environment,” added Hébert. “More women playing a more prominent role opens up perspectives and prospects that benefit our community, academe and society as a whole.”