With a new, $2.4-million federal grant, UdeM pharmacy professor Anick Bérard and her clinical team will develop a cross-Canada training platform for students and young researchers to study the issue.

Canadian university students and young researchers will have new tools to investigate the effects of taking medications during pregnancy thanks to a new $2.4-million federal grant to Université de Montréal pharmacy professor Anick Bérard and her team at UdeM-affiliated CHU Sainte-Justine Research Centre.

The funding from the Canadian Institutes of Health Research will support the Canadian Mother-Child Collaborative Training Platform – CAMCCO-L, for short – a transdisciplinary and cross-sectoral training platform to better identify the risks and benefits of prescription drug use during pregnancy.

Announced by Canadian health minister Jean-Yves Duclos and mental-health and addictions minister Carolyn Bennett, the grant is part of $31.1-million in new federal funding to develop 13 health-research training platforms across the country over the next six years.

Overcoming a lack of data 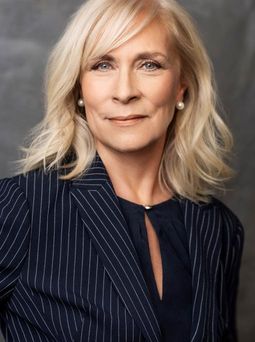 Some 75 per cent of Canadian women take some form of medication during pregnancy. But there is little data on the associated risks and benefits for the mother and the unborn child, as pregnant women are often excluded from clinical trials of prescription drugs.

“To be able to effectively measure the risks and benefits for the mother and the fetus of taking medications during pregnancy requires a knowledge of epidemiology, genetics and toxicology, and putting into practice the use of causal analysis methods and artificial intelligence,” said Bérard, holder of the Medication and Pregnancy Chair of the Fonds de recherche du Québec - Santé.

“Right now, however, training is based on courses designed for individual academic disciplines. The CAMCCO-L program offers the next generation of scientists something different and innovative: a new set of tools to study medications and pregnancy.”

Schools, a symposium and internships

The new program will:

As well as teaching graduate students and early-career researchers practical skills such as project management and grant-writing, the platform also emphasizes the principles of equity, diversity and inclusion, including offering scholarships for students and researchers from First Nations communities.

Who is involved in CAMCCO-L?

Français
Previous War in Ukraine: “The unthinkable is happening before our eyes” March 29, 2022
Next Boosting research on cognitive decline and dementia March 31, 2022
Share