A new research program harnesses artificial intelligence to study biodiversity and the effects of climate change in order to better understand—and perhaps save—ecosystems. 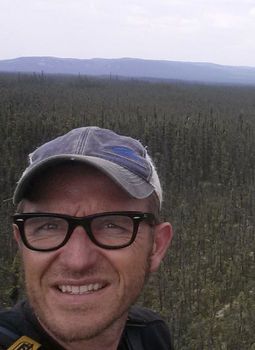 A Montreal research team has received a major grant to integrate artificial intelligence into research on plant phenology (i.e. the study of seasonal changes in plants) and the effects of climate change on ecosystems.

This project is the first to bring together Montreal experts on the environmental sciences and artificial intelligence. On the environmental side are University of Montreal professors Olivier Sonnentag (Department of Geography) and Etienne Laliberté and Anne Bruneau (both at the Department of Biological Sciences). Two researchers at UdeM-affiliated Mila, Christopher Pal and David Rolnick, will provide the expertise in artificial intelligence.

Together, the researchers plan to use drones and phenocams to generate high-resolution images that will be used to map plant species and their phase changes throughout the seasons.

As Oliver Sonnentag, Canada Research Chair in Atmospheric Biogeosciences at High Latitudes, explained: “As we all know, many trees shed their leaves every year and then grow new ones. But current climate models do not distinguish between species: they treat all trees as a single homogenous unit. The drones will help us create detailed maps showing how plant species differ in their phenological response to seasonal climatic fluctuations.”

The project is being funded by the Institute for Data Valorization (IVADO) and will seek to use the generated data to provide tools to fight climate change and the associated loss of biodiversity.

“Climate change is clearly affecting plant biodiversity and the distribution of plant species,” said Sonnentag. “We have to protect our old-growth forests, which are of unique and irreplaceable ecological value both in terms of biodiversity and the carbon they contain. Forests represent one of the most effective ways to mitigate climate change at a large scale. This project will help us better understand the phenology and distribution of the many species in these forests and ultimately give us better tools to protect them.”

The research team is working with Indigenous communities in two regions of Canada: in Quebec around UdeM’s biological research station in the Laurentians, and in the Northwest Territories. “Indigenous peoples have lived in these places for many, many generations,” Sonnentag pointed out. “They know and understand the land better than anyone. These communities are an integral part of our research at all stages.”