Physicist Andrea Bianchi has observed the “quantum spin liquid” state in a magnetic material created in his lab.

It’s not every day that someone comes across a new state of matter in quantum physics, the scientific field devoted to describing the behaviour of atomic and subatomic particles in order to elucidate their properties.

Yet this is exactly what an international team of researchers that includes Andrea Bianchi, University of Montreal physics professor and researcher at the Regroupement québécois sur les matériaux de pointe, and his students Avner Fitterman and Jérémi Dudemaine has done.

In a recent article published in the scientific journal Physical Review X, the researchers document a “quantum spin liquid ground state” in a magnetic material created in Bianchi’s lab: Ce2Zr2O7, a compound composed of cerium, zirconium and oxygen.

Like a liquid locked inside an extremely cold solid 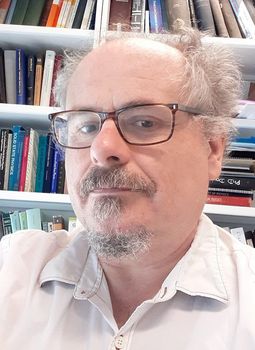 In quantum physics, spin is an internal property of electrons linked to their rotation. It is spin that gives the material in a magnet its magnetic properties.

In some materials, spin results in a disorganized structure similar to that of molecules in a liquid, hence the expression “spin liquid.”

In general, a material becomes more disorganized as its temperature rises. This is the case, for example, when water turns into steam. But the principal characteristic of spin liquids is that they remain disorganized even when cooled to as low as absolute zero (–273°C).

Spin liquids remain disorganized because the direction of spin continues to fluctuate as the material is cooled instead of stabilizing in a solid state, as it does in a conventional magnet, in which all the spins are aligned.

The art of “frustrating” electrons 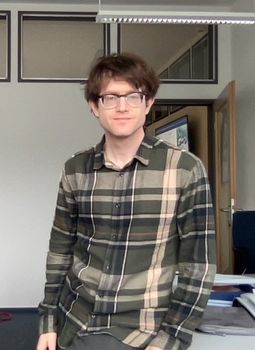 Imagine an electron as a tiny compass that points either up or down. In conventional magnets, the electron spins are all oriented in the same direction, up or down, creating what is known as a “ferromagnetic phase.” This is what keeps photos and notes pinned to your fridge.

But in quantum spin liquids, the electrons are positioned in a triangular lattice and form a “ménage à trois” characterized by intense turbulence that interferes with their order. The result is an entangled wave function and no magnetic order.

“When a third electron is added, the electron spins cannot align because the two neighbouring electrons must always have opposing spins, creating what we call magnetic frustration,” Bianchi explained. “This generates excitations that maintain the disorder of spins and therefore the liquid state, even at very low temperatures.”

So how did they add a third electron and cause such frustration? 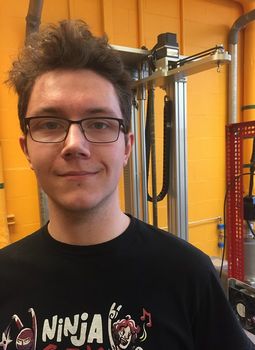 Enter the frustrated magnet Ce2Zr2O7 created by Bianchi in his lab. To his already long list of accomplishments in developing advanced materials like superconductors, we can now add “master of the art of frustrating magnets”!

Ce2Zr2O7 is a cerium-based material with magnetic properties. “The existence of this compound was known,” said Bianchi. “Our breakthrough was creating it in a uniquely pure form. We used samples melted in an optical furnace to produce a near-perfect triangular arrangement of atoms and then checked the quantum state.”

It was this near-perfect triangle that enabled Bianchi and his team at UdeM to create magnetic frustration in Ce2Zr2O7. Working with researchers at McMaster and Colorado State universities, Los Alamos National Laboratory and the Max Planck Institute for the Physics of Complex System in Dresden, Germany, they measured the compound’s magnetic diffusion.

“Our measurements showed an overlapping particle function—therefore no Bragg peaks—a clear sign of the absence of classical magnetic order,” said Bianchi. “We also observed a distribution of spins with continuously fluctuating directions, which is characteristic of spin liquids and magnetic frustration. This indicates that the material we created behaves like a true spin liquid at low temperatures.”

From dream to reality

After corroborating these observations with computer simulations, the team concluded that they were indeed witnessing a never-before-seen quantum state.

“Identifying a new quantum state of matter is a dream come true for every physicist,” said Bianchi. “Our material is revolutionary because we are the first to show it can indeed present as a spin liquid. This discovery could open the door to new approaches in designing quantum computers.”

Frustrated magnets in a nutshell 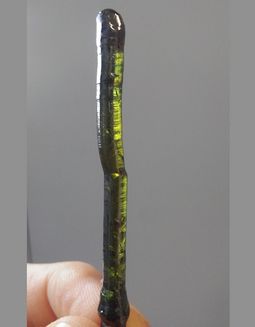 A sample of the frustrated cerium-based magnet, Ce2Zr2O7, designed in Andrea Bianchi's lab.

Magnetism is a collective phenomenon in which the electrons in a material all spin in the same direction. An everyday example is the ferromagnet, which owes its magnetic properties to the alignment of spins. Neighbouring electrons can also spin in opposite directions. In this case, the spins still have well-defined directions but there is no magnetization. Frustrated magnets are frustrated because the neighbouring electrons try to orient their spins in opposing directions, and when they find themselves in a triangular lattice, they can no longer settle on a common, stable arrangement. The result: a frustrated magnet.

Français
Previous The unsuspected virtues of hot pepper May 6, 2022
Next Improving the health care system through nursing innovation May 11, 2022
Share