Microbiology professor Yves Brun and his team explain the mechanism that allows the world’s most powerful bioadhesive to stick to things like pipes and even ocean water.

Université de Montréal microbiologist Yves Brun made the discovery several years ago: an aquatic bacterium called Caulobacter crescentus produces an extremely powerful glue that adhere to its surrounding wet surfaces, such as pipes and fresh water.

Dubbed “holdfast”, this natural and harmless adhesive works extremely well in wet environments, something few glues do, with one big exception: where the salinity level is high, such as the sea and also human tissues, it loses all of its adhesive properties.

Brun and his team wanted to find a way to make it work in both environments – wet and salty – and they found the solution, publishing the results of their study in the scientific journal iScience. 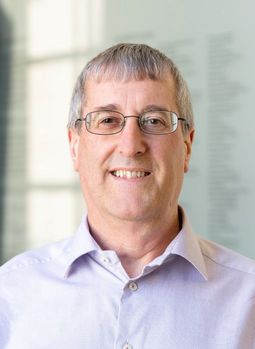 To find out how to improve holdfast adhesion in high salinity environments, the researchers first compared Caulobacter crescentus with a marine relative called Hirschia baltica. They found both had the same genes to synthesize holdfasts, indicating they used the same type of glue.

Hirschia baltica holdfast also appeared to perform very well in a saline environment, which is its natural environment.

“By manipulating the level of expression of a particular gene whose function is to slightly alter the composition and charge of the holdfast, we saw that its properties changed in the two bacterial cousins,” said postdoctoral researcher Nelson Chepkwony, the study’s lead author.

“And it improved the performance of Caulobacter’s holdfast in a saline environment.”

According to Brun, this study marks an important step towards the development of “green” adhesives that can be used where there is the presence of salty water: in the shipping industry and in plumbing, for example – and also in hospitals, as surgical adhesives.

“Holdfast is an entirely organic glue, whereas industrial glues are mainly petroleum derivatives, which therefore produce toxic waste,” Professor Brun said.  “In addition, this glue comes from a non-pathogenic bacterium that can be easily produced in very large quantities.

“The environmental impact of holdfast production is therefore very low. And with what we have discovered, we now know that we can change the properties of the glue to suit the desired application.”

He added: “We also believe that studying the diversity of bacteria related to Caulobacter crescentus in various environments may allow us to discover other glues with useful properties.”

Français
Previous An UdeM alumna named one of “Canada’s most powerful women” October 25, 2021
Next The climate emergency: a Q&A with Ariane Burke and Julien Riel-Salvatore October 27, 2021
Share