Hot pepper is hot. But it’s also packed with potential therapeutic qualities. Capsaicin is the molecule that has it all! UdeM experts explain.

It adds punch, heat, personality. It injects flavour, colour, aroma. It goes by many names—habanero, cayenne, jalapeño, poblano, bird’s eye—but hot pepper by any name always gets a reaction.

We know about its taste appeal but what if hot peppers could do more for humankind than make our food deliciously—or outrageously, depending on personal preference—spicy? What if it had therapeutic properties?

First, the basics. You’re at an Indian, Mexican or Thai restaurant. You bite into a reddish substance. Immediately, your tongue tingles, you feel a rush of heat, you break out in a sweat. You’ve just met capsaicin!

Capsaicin is the chemical compound found in the internal membranes of chilli peppers that produces the burning sensation in the mouth when ingested. The heat varies depending on the variety of pepper and is measured on the Scoville scale.

Now for a closer look at the world of capsaicin and its medicinal properties. 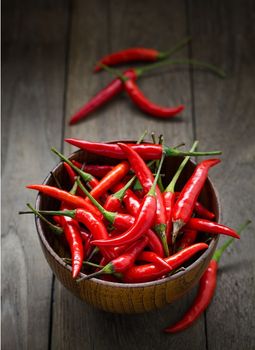 Applied to the skin as a topical cream, capsaicin can relieve some arthritis pain or the pain associated with postherpetic neuralgia, the most common complication of shingles. At first application, the cream often causes a burning sensation, local redness and inflammation. So are we suffering additional pain to relieve the initial pain?

“It may seem paradoxical, but yes, we’re fighting fire with fire,” said Réjean Couture, a professor in the Department of Pharmacology and Physiology at the University of Montreal and an expert on pain receptors.

Capsaicin activates a nociceptor (pain receptor) located at the end of the sensory neurons in the skin (C-fibres), Couture explained. When this nociceptor is stimulated by too much capsaicin through repeated topical application, the C-fibre is eventually depleted of the neurotransmitters that send pain signals to the brain.

“In short, we hypersensitize the system and then desensitize it to temporarily alleviate the pain caused by the shingles virus or other types of neurogenic inflammation involving C-fibres,” said Couture.

Good for your health—but take with a grain of salt 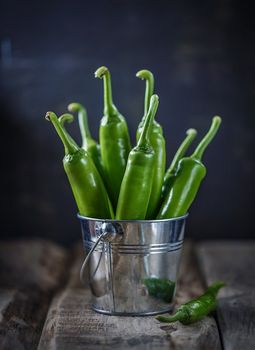 Though it is possible to relieve pain by applying capsaicin cream to your skin, the most common way to make contact with capsaicin is of course eating it.

When ingested, it has potential antioxidant, anticarcinogenic and anti-obesogenic benefits, according to Valérie Marcil, a professor in the Department of Nutrition at UdeM interested in the effects of nutrition on disease.

“First of all, capsaicin may affect the life cycle of cancer cells by promoting apoptosis, the programmed death of cells,” she noted. “This is a mechanism that often does not work normally in cancer cells. They survive and multiply, when they should have been destroyed by apoptosis. But there is evidence that capsaicin can help destroy some cancer cells. Also, the capsaicin molecule is believed to have anti-obesogenic properties, as it increases energy expenditure and the feeling of satiation.”

But Marcil added a word of caution: capsaicin is not a panacea. And while its benefits have been demonstrated in in vitro studies, its effectiveness in humans has not been proven.

“This is the case with all nutrients,” she pointed out. “In real life, you don’t eat nutrients, you eat food. And a food isn’t a drug. We have to be careful in talking about the powers of food, since the actual effects are often the result of a combination of factors.” 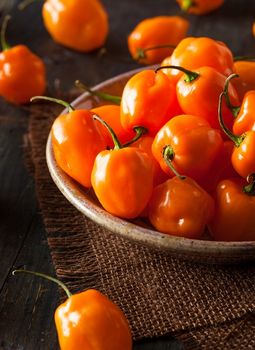 While it is not potent enough to replace antibiotics, it can reduce the quantity of antibiotics needed to treat bacterial infections and decrease the risk of developing resistance.

Microbiologist Yves Brun, a researcher specializing in antibiotic resistance and professor in the Department of Microbiology, Infectious Diseases and Immunology at UdeM, believes this is an avenue worth exploring.

“Approaches that combine two molecules have a number of advantages, since they can have a synergistic effect,” he said. “Capsaicin is well absorbed by the body and does not appear to be toxic, at least at the ingested dose. However, we don’t know its mechanism of action, so that’s where further research should start.”

The underlying molecular mechanisms must be better understood and the translation of in vitro results into in vivo models will need to be validated in future clinical trials.

But whether the effects are antioxidant, anti-obesogenic, antibiotic or just delightfully hot, there’s no reason to forego hot sauce!

Français
Previous COVID-19 affects the mental health of pregnant women May 6, 2022
Next Unusual quantum state of matter observed for the first time at UdeM May 9, 2022
Share