A study by UdeM economics professor Karim Chalak finds that U.S. gun ownership is more closely associated with risk of homicide than was previously thought.

In 2017, there were nearly 40,000 gun-related deaths in the United States, including homicides and suicides. To delve into this alarming statistic, U.S.-trained Université de Montréal economist Karim Chalak and his coauthors did an econometric study of the rate of U.S. gun ownership and the associated risk of death, and found it to be much higher than previously thought.

Why? Because until now, the scientific literature on the subject has not explicitly treated the measurement errors in the limited available data.

Most studies to date have been based on proxy variables and measures, Chalak stated. For example, one study estimated the gun-ownership rate on the basis of subscriptions to Guns & Ammo magazine. Another estimated the ownership rate for example in Virginia in 1999 at 64 per cent, based on the fact that 64 per cent of suicides in the state were committed with a firearm.

‘A better picture of reality’ 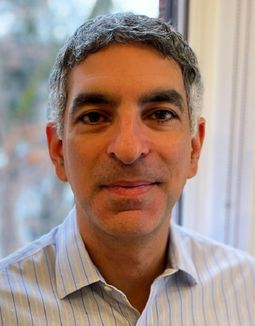 “These variables are imprecise and involve measurement errors, but they do give us measures that can be combined with plausible hypotheses to calculate correlations that provide a better picture of reality,” said Chalak, who joined UdeM a year ago as an associate professor of economics.

Chalak and his colleagues compiled the annual homicide rates per 100,000 people over a 35-year period, from 1980 to 2014, for each of the 50 U.S. states and the District of Columbia. They then correlated the numbers with studies of gun-ownership rates.

“We used the same models and the same variables as those studies, and then we applied our econometric methods to produce estimates that account for errors in the proxy measures of ownership,” Chalek explained. “Applying different assumptions about the errors yielded fairly similar results.”

One scenario used the validation studies in the literature on gun ownership rates and the analyses of the correlations between their results and the proxy variables.

By “cleaning up” the measurement errors in this estimate with their econometric models, Chalak and his coauthors were able to establish that the association between gun-related homicides and gun ownership is three times stronger than had been shown.

“So the previous estimates had an attenuation bias.”

The results are an average over all the states and do not necessarily reflect a cause-and-effect relationship, he added. “This is just a correlation: the rate of gun ownership in a state is strongly associated with the rate of gun homicides.

“Nonetheless, our findings help to document this correlation with greater precision and underscore the need for policymakers to gather better data in order to more accurately establish this connection, which could potentially point to a causal link.”

Chalak was trained in the U.S. He got his Ph.D. from the University of California San Diego, then was appointed assistant professor of economics at Boston College and the University of Virginia. He came to UdeM in 2021.

Français
Previous Using math to improve your workout May 16, 2022
Next Music to our ears: Gift to McGill and UdeM creates hub for collaborative piano in Montreal May 19, 2022
Share