Isabelle Thomas and her ARIACTION team have designed and tested an innovative tool for flood-resilient land-use planning.

In 2017 and again in 2019, Quebec was hit by major floods. The material and human cost of those disasters prompted the Quebec government to conduct an in-depth analysis of weather-event management.

Since then, the relevant government ministries—Public Security, Environment and the Fight Against Climate Change, and Municipal Affairs and Housing—have initiated a forward-looking review of regulations with the stated intention of factoring resilience into the regulatory framework for flood-prone areas.

“Given that the frequency and intensity of flooding are hard to predict, it is becoming increasingly difficult to limit the risks by building protective structures,” said Isabelle Thomas, professor in the University of Montreal's School of Urban Planning. “Since this approach is clearly no longer viable, the concept of resilience has emerged as a new paradigm for dealing with extreme weather events in a smarter and more effective way.”

Thomas and her ARIACTION research group therefore began conducting active research into how to promote resilient redevelopment in Quebec in the wake of the 2017 and 2019 floods. 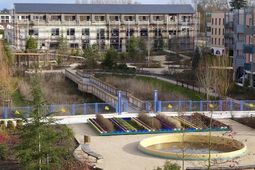 Example of resilient development in the river city of Matra, in Corsica

This summer, the ARIACTION team worked on creating and testing an inventive new tool to help fill a gap in resilient urban planning.

RésiliAction is an interactive tool that provides an assessment matrix to serve the needs of several Quebec government ministries. The prototype was developed jointly with officials from several ministries in meetings and workshops involving biologists, planners, geographers and ecological engineers.

Together, they defined a multi-factorial analytic method for objectively assessing the resilience of a development project in a flood-prone area in order to compare it with other projects.

“This matrix can be used to assess the overall resilience of a development project based on more than 70 thematic indicators, ranging from the environment and ecosystem integrity to governance criteria, social acceptability and risk communication,” Thomas explained. 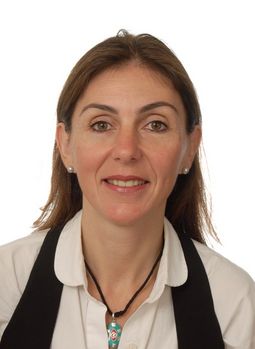 “The joint development process is fundamental to the project,” said Thomas. “The approach rests on three pillars: a solid foundation of data and analysis, an assessment method with enhanced indicators, and locally adapted land-development plans.” During the summer, RésiliAction was tested in collaboration with the Saint-André-d'Argenteuil municipal administration and elected officials.

“We need to assess and understand how to strengthen resilience in flood zones,” Thomas said. “In its final form, the tool will consist of a comprehensible resilience modeling function and an ergonomic interface that makes the software as user-friendly as possible.”

For the technical side of the project, ARIACTION is working closely with developers at the EPF School of Engineering in Montpellier on an ongoing basis. The technical specs, including the modeling process and the features, were defined in the meetings and joint development workshops with the government ministries involved.

Thomas wants to develop a method for analyzing the resilience of land-development projects that could be used by any Quebec municipality with flood-prone zones.

“Our goal is to participate in building a risk culture based on the accountability of all stakeholders—from citizens to elected officials, as well as government ministries,” said Thomas. “Since there hasn’t been a flood since 2019, the main issue at that moment is the risk that citizens and their elected officials may forget about the ever-present danger: they must bear it in mind and seize this window of opportunity to adjust and make the right decisions for the future.”