A research team supervised by Anne Gallagher is investigating whether babies can learn language in the womb.

Does exposing babies to different languages during pregnancy promote the acquisition of language skills before birth?

This is what a research team at the LION laboratory is trying to determine. The lab is directed by Anne Gallagher, Professor in the University of Montreal’s Department of Psychology and a researcher in neuropsychology at the Sainte-Justine children’s hospital.

The hypothesis is based on the premise that during pregnancy—and especially in the last trimester—the unborn child’s language pathways are shaped by the sounds and voices to which they are exposed. This may enable the child to more easily process and recognize what is familiar to them, including their mother tongue.

“We believe that, from the first hours of life, the brain’s response to voices will be influenced by the languages the baby heard during gestation,” said clinical neuropsychology doctoral student Laura Caron-Desrochers, who set up this ambitious project with the help of other members of Gallagher’s team.

A story told in the womb—in three languages! 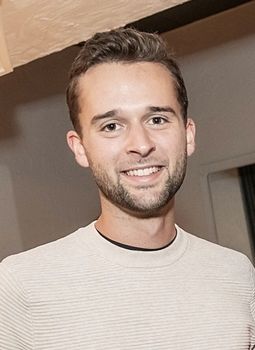 To test the hypothesis, the research team recruited 72 pregnant women being followed at Sainte-Justine and divided them into three groups.

In the first two groups, the mothers-to-be were asked to play a recording of a story about a character named Martine in two languages—French and German or French and Hebrew—through headphones placed on their abdomen every day starting in the 35th week of pregnancy. Women in the third group, the control group, were not asked to follow any protocol.

“German and Hebrew were chosen because their rhythms are very different from French and they also differ significantly from each other phonologically,” explained neuropsychology doctoral student Charles Lepage and project manager Phetsamone Vannasing. “So the three languages gave us material to assess all aspects of language and to measure linguistic response and development in newborns.”

Within 48 hours after birth the story was played again for the infants, this time in all three languages. The babies were fitted with sensors and their brain activity was measured using near-infrared spectroscopy technology.

The subjects’ brain activity will be recorded periodically up to age 3 in order to track their brain, language and cognitive development. 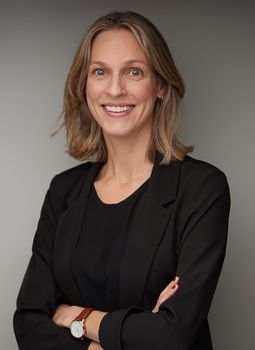 Work on the infant language study, known by its French acronym ÉLAN, began four years ago. The testing phase started in the summer and will continue in the fall. The project is funded by the Natural Sciences and Engineering Research Council of Canada and it is part of a neuroimaging research program designed to investigate linguistic neural network development and brain plasticity effects in healthy infants.

More specifically, ÉLAN will measure development from birth to age 3 in relation to prenatal exposure to language.

"ÉLAN aims to improve our understanding of the developmental trajectories of brain networks and their association with the evolution of cognitive, language and motor skills in young children," said Gallagher. "There are a number of studies of this subject but their methodologies do not allow us to trace precise developmental trajectories. Our project should fill this gap by following a cohort over time, starting at birth."

The ÉLAN project is led by Natacha Paquette, neuropsychologist and coordinator of the LION laboratory. It is part of a vast initiative to create a Near Infrared Spectroscopy (NIRS) normative database, to which Laura Caron-Desrochers, Sarah Provost, Laurence Petitpas and Charles Lepage are contributing. The participants in the program also include Phetsamone Vannasing and engineer Julie Tremblay, who is responsible for data analysis for all of LION's projects.