It’s one thing to innovate and find better ways to get healthy, eco-friendly and sustainable foods to consumers – and quite another to understand what leads there, an UdeM study finds.

Innovations that make the food supply chain more “responsible” – eco-friendly, good for public health, fairer to farmers – will come faster if the contexts that set the stage for them are better understood, according to a new Université de Montréal study.

And to that end, two Université de Montréal researchers have conducted a wide-ranging study of food supply systems in the global north and south – in Quebec and Brazil – that offers a blueprint for improving how millions of people eat and drink. 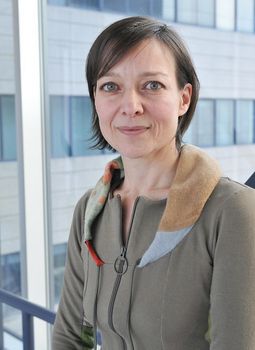 Published in the journal Sustainability, the study was done at UdeM’s School of Public Health by professor Pascale Lehoux and doctoral student Renata Pozelli Sabio, a Brazilian who previously did her master’s in management and bachelor’s in food science in her home country.

The researchers based their findings on 34 interviews with leaders of 30 organizations, equally divided between Quebec and the state of São Paulo, Brazil, that produce or supply local or organic food, pay attention to animal welfare or have socially oriented business models.

They were asked to describe innovative practices they’re engaged in, as well as contextual elements that foster a responsible approach to how they go about their business.

In Quebec, participants gave examples of innovation such as setting up meals-on-wheels programs for seniors, getting local or organic foods onto the menus at schools and universities, installing rooftop gardens, producing local honey, and buying non-perishable foods in bulk.

In Brazil, interviewees cited helping small farmers’ cooperatives help get their products to market, employing women in low-income areas to prepare lunch boxes of organic food to sell  online, and holding workshops to where people discuss ways to sustain a healthier diet.

The participants then set those and other innovations in context, by theme:

For policymakers, the implications of these observations and findings are multifold, the UdeM researchers believe.

“We’re telling them: ‘Here are some ways you can look at the contextual dimensions of a problem and figure out how to encourage everyone in the food systems to act more responsibly,’” said Lehoux.

“You can finance programs that support that, you can regulate to better harmonize the work of major and small players alike, you can fund research to advance the cause, you can promote awareness and build consensus around responsible food practices,” added Sabio.

"What context shows us is that it's not just one way that will get us where we want to be – there are many," Sabio said. "Right now, the dominant food system has priority, but that's changing. A more responsible food system will emerge sooner than later – we just have to understand how."

“How does context contribute to and constrain the emergence of responsible innovation in food systems? Results from a multiple case study,” by Renata Pozelli Sabio and Pascale Lehoux, was published June 25, 2022 in Sustainability.