A psychology researcher shows that a rhythmic video game can have beneficial effects on the motor skills of people living with Parkinson’s disease. 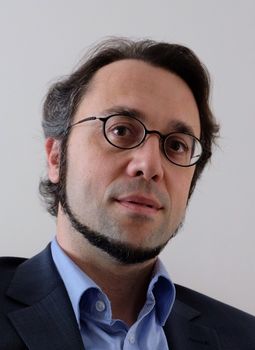 Could tapping on a cell phone to the beat of music improve the quality of life of people with Parkinson’s disease?

Simone Dalla Bella, a professor in the Department of Psychology at the University of Montreal and co-director of the International Laboratory for Brain, Music and Sound Research (BRAMS), suspected it might.

Dalla Bella is interested in the cognitive and neural mechanisms that determine musical perception and performance. In a recent study, he and doctoral student Frédéric Puyjarinet demonstrated that rhythmic training improves motor skills in Parkinson’s patients, particularly fluidity in walking and speech.

“Parkinson’s is considered the most common movement disorder,” he explained. “It is often associated with dysfunction in walking and balance, but also in rhythmic skills, meaning the ability to perceive musical beat and clap your hands or tap your foot in time with the music. So the idea is to work these deficient rhythmic skills in order to improve motor skills in general.”

How can tapping your finger to the beat affect walking or talking?

“Performing this simple task engages a set of what are called deep brain regions, such as the basal ganglia and cerebellum, which interact with the regions of the cerebral cortex that are involved in controlling movement,” Dalla Bella answered. “Several studies have found that these regions are activated when listening to music with a strong beat, even if the person is motionless. This suggests that when the brain processes a rhythm in the auditory environment, this activates the motor regions at the same time. So, if we train rhythmic ability, we can observe benefits in other motor abilities, aside from the ones we’re training.”

By a transfer effect, promoting plasticity in the areas of the brain that control rhythm also improves other motor channels, as they are all part of the central neural system.

“After rhythmic training, the patients’ speech was more regular, even though this function was not worked at all,” said Dalla Bella.

A versatile and accessible tool

To achieve these results, Dalla Bella and his team designed Rhythm Workers, a “serous game” for mobile devices. The user must construct a building by tapping on the screen to the beat of the music. The more closely the finger movements keep time with the music, the faster and better the building rises.

Rhythm Workers was initially conceived as a telerehabilitation app for patients with Parkinson’s disease but a research team made up of doctoral students Hugo Laflamme and Kevin Jamey is currently evaluating its effectiveness and appropriateness for children with neurodevelopmental disorders (autism spectrum disorder, attention deficit hyperactivity disorder, etc.).

They are testing the same hypothesis: that stimulating the regions of the brain that control rhythm will have a ripple effect and engage regions of the brain linked to motor processing and cognitive functions such as attention, flexibility in task execution and task-set inhibition (the ability to switch from one task to another).

This intervention technique therefore has potential for home use to support brain function and improve well-being in a wide range of people, as well as being non-pharmacological, inexpensive and fun.